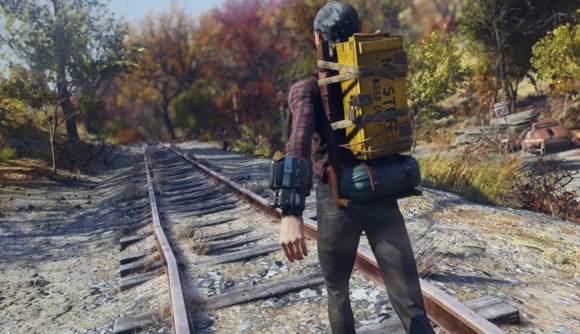 Fallout 76 had a bad release, and subsequent updates have ranged from mild improvements to the maligned mess of patch 5. In a big roadmap outlining content updates for 2019, Bethesda says “we know the game had a difficult launch, and we’ve made mistakes along the way. We share in your frustrations when we do. We’ll probably make a few more, and when we do, we will work to correct them as quickly as possible.”

The actual content in that roadmap is similarly set to directly address the community’s complaints. Three major updates are set to launch in 2019, bringing seasons of new content to the game throughout the year. The comments on Reddit and Twitter to all these plans are overwhelmingly positive – to a degree I don’t think I’ve ever seen over Fallout 76 before.

Wild Appalachia is the Spring update, and it kicks off on March 12. It’ll open with new story elements focused on mythical monsters and the Pioneer Scouts, as well as a full brewing and distilling system to make your own ‘Nukashine.’ A week later, there’s a limited-time event called Fasnacht Parade, and a week after that we’ll see a new PvP-focused survival game mode.

Nuclear Winter (ironically) launches in Summer, its core feature is a titular new game mode – one which will offer an “entirely new way to play Fallout 76, completely changing the rules of the Wasteland.” You’ll also get new high-level group content in Vault Raids and a prestige system for high-level players to reset and get more powerful abilities.

Wastelanders comes in the fall, and Bethesda is vaguest about this one. It will, however, be “our biggest and most ambitious update for 76,” with “a new main questline, new factions, new events, new features,” and more.

Party up: Check out the best multiplayer games on PC

We won’t see how well these updates play out until they hit the final game, but broadly they’re bringing much-requested features and major bits of new content to the wasteland. That won’t change what our Fallout 76 review noted about the disappointment of the initial game, but it’ll hopefully mean a better, brighter future for this online take on the apocalypse.