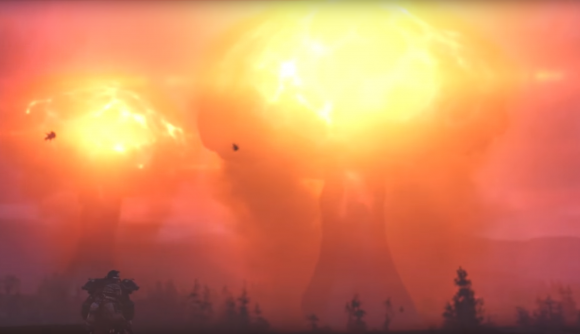 Yes, it’s common knowledge at this point, that in Fallout 76, you are capable of obtaining and launching your own nuclear device but of course, for some players, this level of wanton destruction was simply not enough.

Thus, three intrepid players set out to launch three nukes at once. The players detonated the missiles from different missile silos, targeting the same location. The players gathered nearby to watch the chaos and, lo and behold, three distinct mushroom clouds formed on the horizon.

While launching a nuke at a fissure site usually yields a high-level boss, the Scorchbeast Queen, the triple-nuke experiment didn’t quite create the same result and predictably, ended up crashing the server.

Of course, Fallout 76’s servers have been anything but stable from the get-go, with many players reporting frequent disconnects across the board. There’s a chance that the disconnect was not caused by the apocalyptic event orchestrated by the cunning players, but it does seem pretty likely.

You can view the carnage unfold below.


Reviews are beginning to trickle in for Fallout 76, and if the early scores anything to go by, the three-nuke disconnect might be the least of Bethesda’s worries.