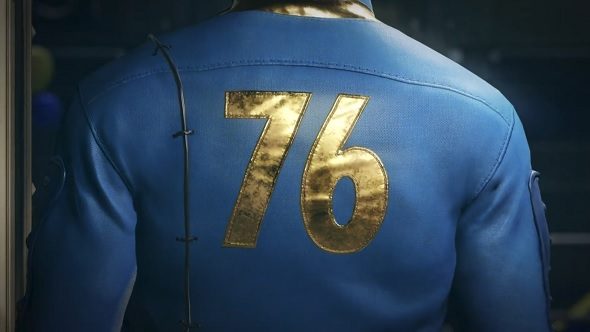 Well, it seemed like a good idea at the time. Bethesda’s lead-up to the announcement of Fallout 76 yesterday was a 24-hour Twitch livestream that, with the exception of a couple brief appearances from some Bethesda staff and a box of balloons, was basically just Vault-Boy statue in front of a screen displaying Fallout’s iconic “Please Stand By” loading screen. And two million people watched it.

Bethesda Game Studios director Todd Howard emerged as the stream wrapped up to announce to anyone still tuning in that they had been among more than two million unique viewers who at least dropped in over the course of the stream.

Instead of dull Twitch streams, check out our list of the best RPGs on the PC.

What had we seen? Not much, unless you count someone tucking the Vault-Boy statue in and turning the lights off for the evening as riveting entertainment. It’s not as though the announcement of a new Fallout game would have gone unnoticed if Bethesda had just posted it on Twitter and YouTube, right? But before we all knew what it was, it was impossible not to feel like you might miss something important if you looked away.

In any case, now we know thatFallout 76 seems to be an online survival RPG, and we’ll definitely be hearing more about it at Bethesda’s E3 press event. And we plan on getting some sleep the night before that happens.