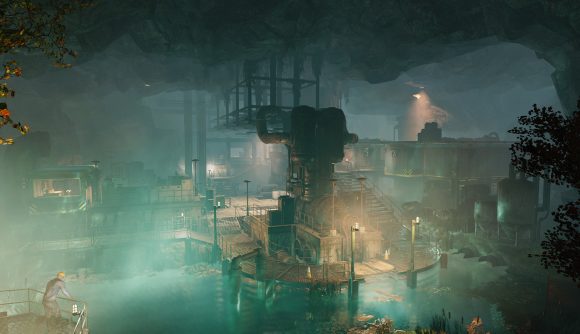 Mod support is coming to Fallout 76, it’s just taking a while. During a panel at QuakeCon, one of the lead developers gave a status update on mods coming to the MMORPG game, reassuring everyone that the team is working on it.

Speaking on a fan Q’n’A panel during QuakeCon at home, Jeff Gardiner, project lead on Fallout 76, says that mod support will be happening eventually, it’s just a difficult feature to implement. “We are definitely still working on mod support. It’s coming, it’s just a heavy lift,” Gardiner said. “We’ve had to put a lot of resources into that. It’s not just drag and drop from the previous game because of the way our client server architecture works. But it is coming, we’re working on it, just stay tuned.”

Full support for mods is something that’s been promised since before Fallout 76 launched. Todd Howard said it’d be coming eventually, and they’ve been available on private servers, which you can get through subscribing to Fallout 1st. This will bring mod support to all servers, including the 24-player public ones.

The last part of Fallout 76’s summer season, A Colossal Problem, launched this week. It, and the upcoming fall, are part of the roadmap Bethesda released that takes the RPG game up to the end of the year.

You can the full panel from QuakeCon here – the mods question is at 14:30:

Elsewhere at QuakeCon, heavy metal frontman Matt Heafy played some Doom Eternal and shredded a cover of Doom’s E1M1. Fallout 76 added the Wastelanders update back in April, which added NPCs. We have a guide on how the Fallout 76 allies work, and all the Fallout 76 mutations, to keep you spry in the wasteland while we wait for mods to arrive.