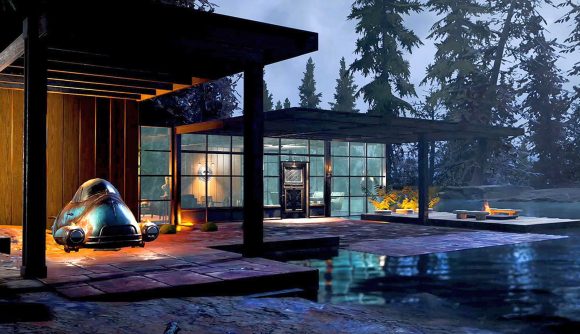 Forget the whole Batman and Superman duking it out to become the, er, best dude in a super suit thing – the star of Batman v Superman is clearly that amazing pad Bruce Wayne is holed up in after his even bigger pad has burned down. It’s a distinctive modernist lake house that looks as cosy as it does swish – and a Fallout 76 fan has just done an impressive job of recreating it in Bethesda’s post-apocalyptic MMORPG.

Fallout 76 player NukaViolet has posted a video tour of their new Batman’s Lake House settlement – which you can check out below – and, as you can see, it’s pretty much a spot-on interpretation of the real thing in the 2016 movie. Compare the outside shots, with its same awning, layout, and glass-fronted living space, and event the little Fusion Flea Supreme taking the place of the classic car seen sat in the same spot in the film.

Inside, we’ve got a hugely similar modern living room with a sleek brick fireplace, huge glass windows, and minimal style sofas to chill out in. “I got the build as close as I could but some of the details are my own,” NukaViolet says in the description, adding that this was their “most challenging house build, mainly because of the multi layered bathroom merges”. It certainly looks like a tricky settlement to craft, and it’s a really impressive result.

Check out the build for yourself below. You’ll spot that the scene in the clip recreates the frames you see in the movie, too – plus, the build features a collaboration with fellow Fallout 76 fan Kysterlee, who created the equally impressive Batcave you see included: 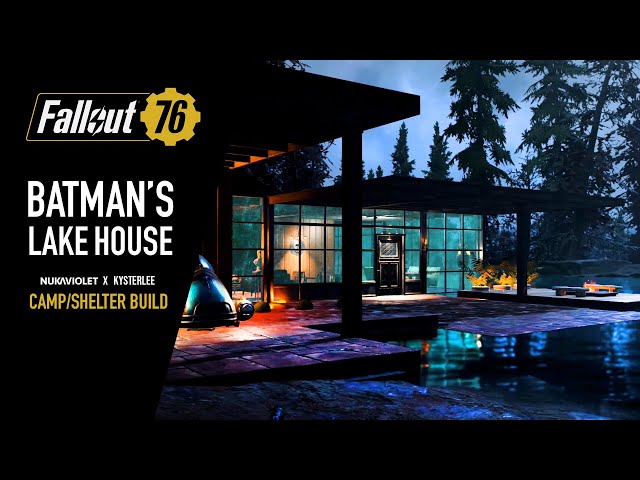 If you’re keen to see some more impressive Fallout 76 settlements, you can always head to the subreddit dedicated to them, as the community’s always up to one creative and inspiring build or another. Or you can read about the time our very own Ben Maxwell became a prisoner of his Fallout 4 settlement. Your call!