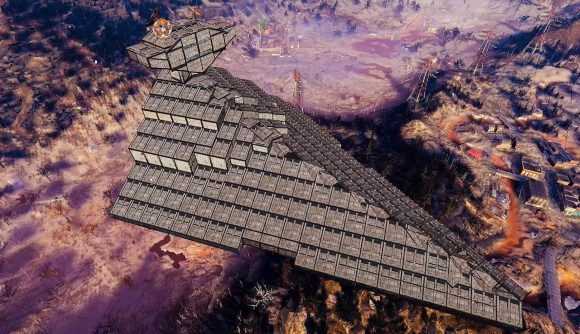 There are a lot of best Star Wars games. It could be Jedi Outcast or Empire at War. With mods, it could be Stellaris or Civilization VI. And the real best Star Wars game, Knights of the Old Republic, is getting a remake. But now we’ve got a new contender in Fallout 76, judging by this impressive Star Destroyer build.

Yes, it’s time for the regular ‘look at this cool thing the community built’ story to kick off your weekend, and Bad Notions’ Star Destroyer is, indeed, cool. The image above barely does it justice – the video put together by Fallout 76 YouTube channel does a much better job of showing the scale of the thing with a bit of motion.

This construction was put together with the new Fallout Worlds feature, which essentially serves as a custom server option, allowing you to get a custom Appalachia with whatever rules you want to set – as long as you’re a Fallout 1st member. Either way, Worlds exist entirely outside of your normal character progression.

You can check out that sick Star Destroyer below. 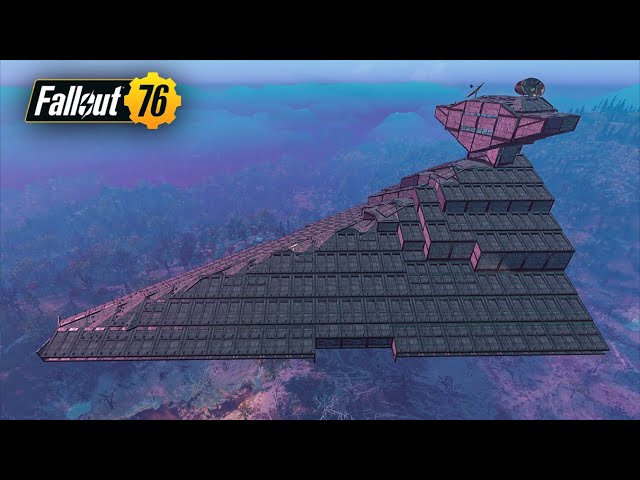 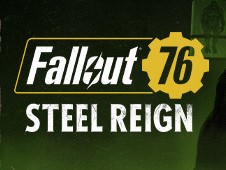 If you’ve yet to pick up Fallout 76, you can get it via Xbox Game Pass for PC.