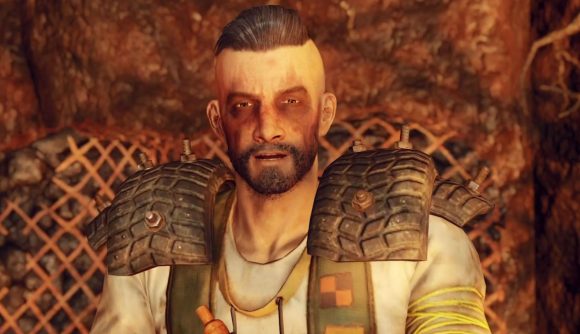 When the Wastelanders update arrives in Fallout 76, NPCs won’t be the only elements making their return from older games in the series. The update will also include some weapons from the classic Fallout games, re-rendered in 3D glory.

Bethesda revealed the weapons during a panel at QuakeCon in Austin Saturday, and the returning weapons include the Gauss Minigun, Gauss Rifle, Gauss Pistol, and Plasma Rifle.

Plasma rifles appeared in Fallout 3 and Fallout 4, but the version coming to Fallout 76 with Wastelanders is a throwback model – it’s based on the version that originally appeared in Fallout and Fallout 2, and is distinctive thanks to the striking triple bayonet mounted on the muzzle. According to Fallout lore, these blades are actually “electromagnetic claws” that stabilize the plasma bolt fired by the rifle. Whatever the case, they look cool.

The Gauss Pistol, or PPK12, was the most expensive non-energy handgun in Fallout 2, doing more damage per action point than any other small gun in the game. It carried a 12-round magazine, too, which gave it the highest ammo capacity of Fallout 2’s pistol weapons.

The team says Gauss weapons will be a whole new ‘tree’ in Fallout 76’s weapons ecosystem.

The panel revealed more information on Wastelanders, too. NPCs will of course be making their return, and with them comes a Fallout 3-style dialogue system. Bethesda says it isn’t going to be the limited version from Fallout 4 that restricted players to a maximum of four dialogue choices.
Naturally, there are new enemies on the way as well, including bulbous ‘floaters’ and the towering, spindly wendigo colossus.

Fallout 76’s Wastelanders update is due out later this year. The team says it’s planning on launching the update in November.