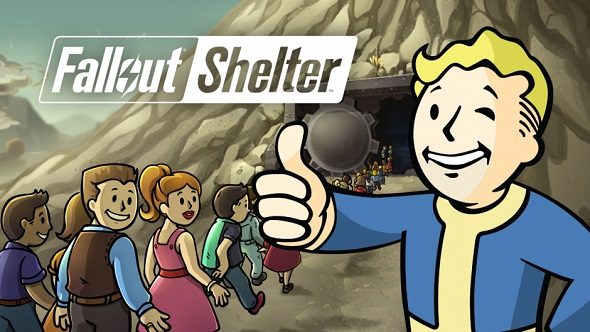 Bethesda have announced today that Fallout Shelter will be coming to Windows 10 next week. It originally started life as a mobile tie-in for Fallout 4, but it has since been released on PC.

War. War never changes. Still, there’s a fair bit of variety in our list of the best war games.

Fallout Shelter makes you the Overseer of your own vault, where you make the rules, decide on routines, and conduct human experiments, all while protecting your vault from the wasteland’s horrors.

It’s a Play Anywhere title now, so you can carry your progress between Windows 10 and Xbox One versions, if that’s your sort of thing.

“Since the game’s original launch in 2015, the game has continued to expand and add features, including Crafting, Scrapping, Pets, additional rooms, iconic Fallout 4 characters, and special Dweller customisation options,” say Bethesda in the announcement post.

“The game’s constantly growing Quest system allows Overseers to send Dwellers out into the Wasteland to abandoned buildings, decrepit Vaults, and mysterious caves to uncover legendary loot and face off against enemies like Radscorpions, Ghouls, and powerful bosses.”

Players can download Fallout Shelter for free from the Windows Store next Tuesday, February 7.