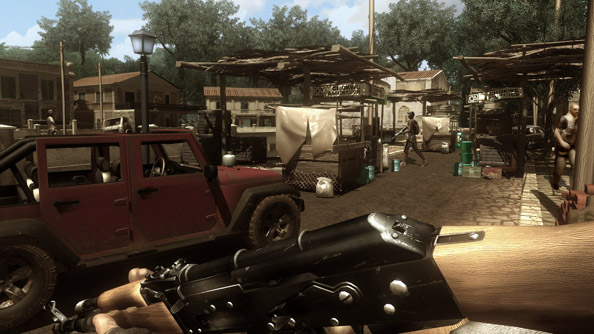 Hocking oversaw perhaps the finest Splinter Cell in Chaos Theory and set Far Cry on its strange post-Crytek path in 2008 – before taking a string of promising jobs at LucasArts, Valve and Amazon. No games were forthcoming, however, and half a decade later Hocking has come home to the creative culture that formed him.

If it’s been frustrating for Hocking-watchers to see seven years go by with no new games, you can imagine the feeling was amplified for the man himself – who became “anxious and depressed” after years of work at three studios failed to culminate in permanent US residence.

“In the end, for me at least, five years is just too long to be rootless,” he blogged.

And so he’s returned to Ubisoft – though not to Montreal, where he first rose through the ranks, but the rather younger Toronto studio behind Splinter Cell: Blacklist. The new project he’s heading up with a “great team”, however, is not of that series.

“The honest truth is I didn’t think I could make a better one,” he told the UbiBlog. “I feel like I had made the very best Splinter Cell I could ever make and the best thing for me to do for Ubisoft and for Splinter Cell fans was to hand it off and let someone else try to figure out how to make that game differently or better and bring a new vision and a new flavor to it.

“Maybe one day, 5 or even 10 years from now, it will be the right time and the right place for me to make another Splinter Cell game, but that time is not now.”

Hocking had his start on the original Splinter Cell, before taking the reins for Chaos Theory – which was when the stealth series’ nimble moveset first peaked. He also penned its unusually cohesive script, about the quiet ways in which America wages war.

Far Cry 2 was the ambitious open-world FPS that provided the template for the games that followed, and yet in some ways is completely unlike them – discouraging damage to wildlife, and rarely if ever taking control from the player.

What from those games would you like to see reemerge in whatever Hocking directs now?