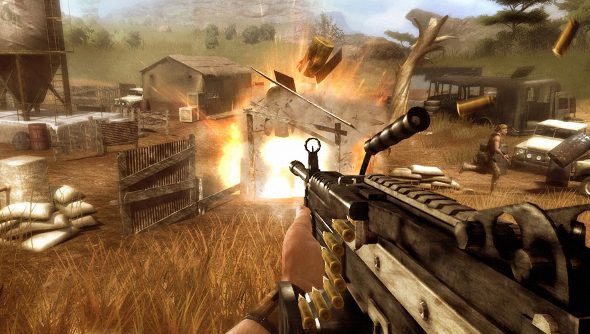 Far Cry 2 was a hell of a game. Gorgeous, massive, full of emergent possibilities and, of course, all consuming fires that spread rapidly across the dry African savannah. It was also the last game that creative director Clint Hocking shipped, and that was seven years ago.

Looking for other great shooters? Check out our list of the best first-person shooters on PC.

After leaving Ubisoft Montreal, Hocking moved to LucasArts, then to Valve, then Amazon, and now he’s come full circle, landing at Ubisoft once again. Now at the Toronto studio, Hocking is adamant that, finally, he’ll be shipping a game again.

“I think it’s terrible that I haven’t been able to ship a game in seven years,” Hocking told Gamesindustry.biz. In that time, he’s designed Team Fortress 2 maps and watched the gears of big online businesses turn, but the lack of a shipped game became frustrating.

“I’m not a patient person. So after really trying to ship games for seven years and not being able to see the end of the tunnel on that, I just wanted to go back to what I’m really passionate about. Hopefully I can leverage some of the skills and experiences I gained in those other places and use them to make better games here.”

Hocking’s experience is an unfortunate reminder of how fleeting projects can be, and that there are countless things in development that we’ll never get to see. But he’s adamant that, back at Ubisoft, he’s going to be shipping a game.

“At the end of the day, unless an extinction event meteor lands in fucking Paris or Montreal, the game I’m being offered here will ship. And no one else can make that promise to me.”

Hocking’s new project has yet to be announced.