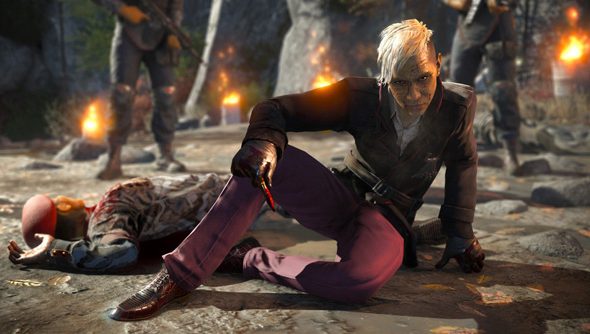 Far Cry 4 has an FOV slider, which is lucky – an iffy aspect ratio can cause nausea and leave PC shooters completely unplayable. But the option was added in a launch day patch, and you know who doesn’t download launch day patches? A pirate.

Ne’er-do-wells hammered Ubisoft’s Twitter accounts complaining about the missing feature – an act tantamount to admitting in public that they hadn’t bought the game.

Far Cry 4 was released yesterday in the US, UK, Europe and Australia. Ubisoft wasted no time in patching it to fix various control, graphics, UI and multi-GPU issues, to add support for nVidia GeForce Experience, and to include the ability to change FOV scaling.

You can now find Far Cry 4’s FOV slider under its Advanced Settings. Of course, the pirates didn’t – and harangued creative director Alex Hutchinson with complaints until they received this response:

PC players! If you’re online complaining about the lack of FOV control … You pirated the game.

It’s not quite up there with the giant, pink DRM scorpion which chased non-paying Serious Sam 3 players perpetually about its maps, but it’s pretty good.

Given that Far Cry 4 system requirements aren’t as steep as its Himalayan map might suggest, do you think you’ll be riding elephants this weekend?