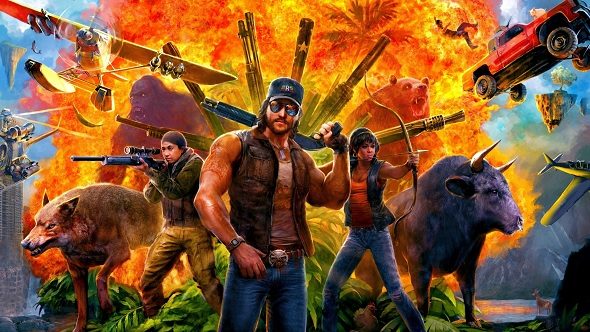 The original Far Cry, released in 2004, was essentially a technological showcase designed to sell CryEngine technology to the public. Every corner of the game’s lush tropical world was doused in – what was at the time – advanced rendering effects, which were meant to entice players to burn their CPUs and GPUs to a crisp, all in the name of mind-boggling visual fidelity.

Did you know: Far Cry 5 is also letdown by the introduction of Bliss to its story.

Since it was made to sell an engine more than a game, Far Cry included an advanced level editor, which used the CryEngine development environment to allow anyone to tinker with the tools used to build the game. Since level editing then became quintessential to the Far Cry experience – the modding scene for the original was substantial – Ubisoft made a tradition out of allowing for user-made maps in the sequels when they acquired the series in 2006. 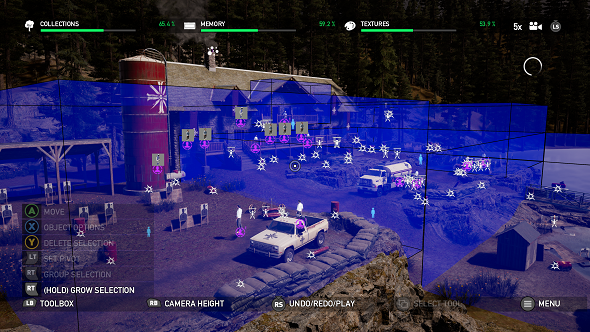 Initially, unlike the original game, Far Cry’s map creation suites only allowed players to create multiplayer environments, instead of single-player content. Speaking to Rock Paper Shotgun in 2008, Far Cry 2’s creative director Clint Hocking explained that, “Our [single-player] world is a single continuous 50km square open world, and there would be no way to even ENTER a user-made map from that world, even if it was possible.” That way of thinking would soon change.

It started with Far Cry 3’s map editor, which allowed for the editing of single-player scenarios alongside multiplayer maps. Then came Far Cry 4, which was the game that introduced shareable single-player experiences to the series. In just two iterations, Ubisoft had created a map editor to rival the best – not even Halo’s Forge mode matched the quality of the Far Cry Editor. Unfortunately, that prestigious position has been compromised with the arrival of Far Cry 5.

AW Lost Soldier is one of the Far Cry series’ greatest map creators – as proven by his win of the official Ubisoft Far Cry 3 map-making competition back in 2013. He has been in the thick of the series’ ever-expanding toolset since Far Cry 2 and still provides some of the best playable maps available today. That puts him in a prime position to assess Far Cry 5’s map editor, called Far Cry Arcade. 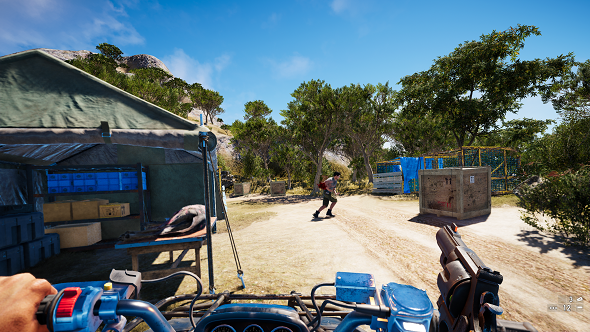 “It’s hard to find anything wrong with the map editor [itself],”Lost Soldier tells me. With sizable editing budgets – the number of objects, textures, and effects you can place – and over 9000 assets with more to come in six future expansion packs, Lost Soldier struggles to find any flaws with the basics on offer in Far Cry 5’s suite of map-editing tools.

However, Ubisoft’s implementation of sharing user-made creations is severely lacking. Specifically, Far Cry 5 suffers heavily in two huge areas for map-making communities: sharing maps across different platforms, and finding /good/ deathmatch maps to play. The areas in which Far Cry Arcade fail are glaring when compared to the rest of the game. So much so, in fact, that some dedicated level creators, such as Sean from YouTube channel Forge Labs, have described Far Cry 5’s multiplayer as “a total mess.”

Sean is a veteran of built-in map editors like Halo’s Forge and Far Cry’s Arcade. He knows what he’s talking about so his criticism has a lot of weight behind it. “The most crushing part about Far Cry 5’s amazing map editor right now is that you don’t actually get to play the multiplayer maps you make all that easy,” he tells me. 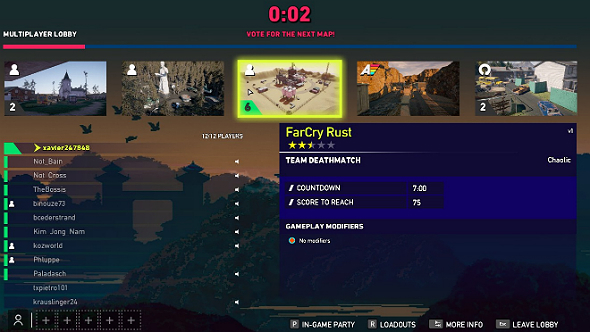 Unlike Halo, in which you can load up a private game with friends, pick a map and game mode, and simply start playing, Far Cry 5 hides this process behind randomisation in an attempt to make you explore other player’s creations. Even in a private game with friends, the person who picks a map is randomly selected from the group, and then given a time limit of 15 seconds to make their selection.

“[Most of the time] map pickers don’t know they’re map pickers,” Sean says, “so they don’t select a map in the 15 seconds they have. At that point, the game defaults and chooses a random map made by Ubisoft – you’re not even playing user-made maps.”

And that’s if you’re lucky. It’s possible that you, instead, are randomly thrown into one of the low-grade maps that seem to be in surplus due to Ubisoft’s lacklustre system. These can be as disappointing as an empty field surrounded by trees or a few cabins haphazardly strewn together without rhyme or reason. The high-quality maps that Forge Labs, AW Lost Soldier, and hundreds of other creators spend hours building may not even get played. And there’s another reason for that, too: maps are only playable on the platform they were made on. 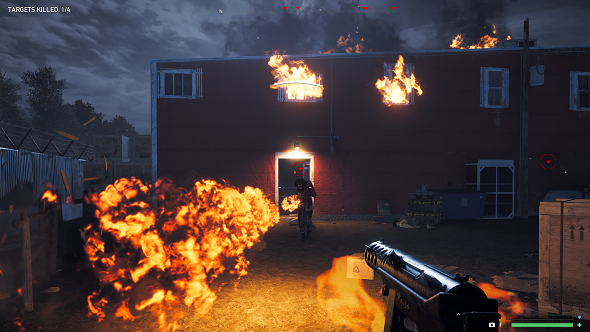 Unless a user-made map is featured by Ubisoft it will only be published on a single platform. While this does mean that, technically, maps can be shared cross-platform, players would have to own three copies of the game (across Xbox One, PC, and PS4) in order to play every map available. This isn’t ideal, as Lost Soldier makes quite clear: “All map builders would love to see our maps played on all platforms.” The current system is absurd if you take into account that, unless Ubisoft feature a map for a week, a creator has to perfectly recreate their map on all three platforms in order to share it with every Far Cry 5 player.

Far Cry 5’s Arcade mode is built on a great foundation. It’s been improved upon in all the right places but some of the fundamentals are still tremendously lacking. “If they could fix this flawed system they’d have something /truly/ special on their hands,” Sean tells me. “With the proper adjustments to the way maps are played – and maybe some more game modes – Far Cry Arcade could easily be a standalone game. It’s frustrating that it’s being wasted.”