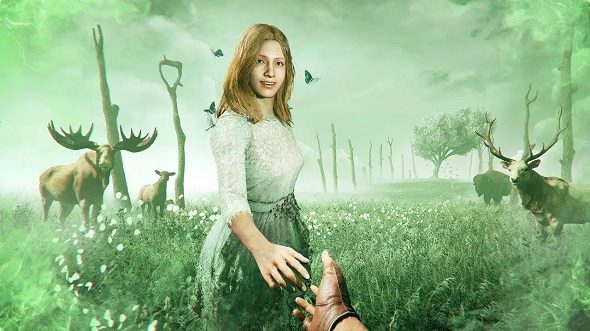 It is impossible to ignore how radical the central premise of Far Cry 5 is among the current videogame landscape. It positions a predominantly white group as the face of American terrorism – you needn’t look far to find the potential echoes of and influences on this in the current global climate – and is, theoretically, as ripe for political commentary as Wolfenstein 2 was last year.

However, after playing the game for a while, you realise that Ubisoft only use this potential as set dressing. They work hard to avoid engaging with the connotations of their killer cast and the ideologies that they fire from the hip. It is intended as light entertainment, a bombastic theatre meant to be blown up and driven across at high speed, when it could have been so much more.

Here are the best Far Cry 5 Arcade maps made by the community.

Nowhere is this more apparent than with the game’s introduction of Bliss, a fictional hallucinogenic drug that is clearly meant to be a stand-in for real opioids used by cults to control their followers, but that is implemented in such a schlocky and exaggerated way to shirk any relation to real world extremism. 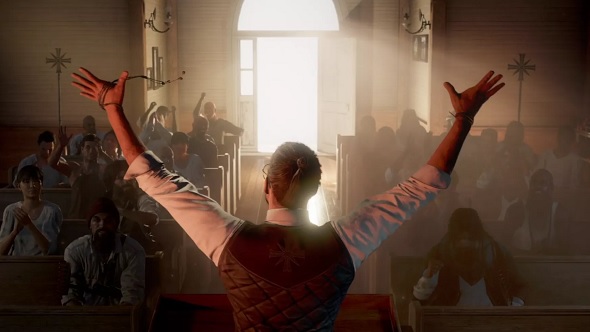 Rather than explore the psychology around why a group of people would join Eden’s Gate – Far Cry 5’s fictional doomsday cult based in Hope County, Montana – the game spends an inordinate amount of time focused on the production and distribution of Bliss. This is a move that turns huge portions of the game into shooting galleries, as you dispose of the cult’s Angels – unwilling slaves that act and behave like the rabid zombies in Left 4 Dead and 28 Days Later.

This might be forgivable if more time was spent on developing what the cult is actually offering people to begin with. After all, drugs are primarily used to make people more compliant within a cult, rather than as an upfront recruitment tool. The Japanese doomsday cult Aum Shinrikyo, for instance, started its life as a yoga school, offering its students faux-enlightenment, before gradually becoming a doomsday cult that used LSD to control its members. 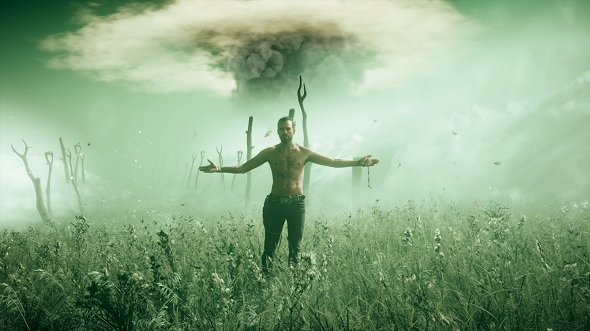 We do sometimes see glimpses of this within Joseph Seed’s sermons to his followers, where he stokes up the fear of outsiders, the United States government, and references the end of days. But these explanations take a backseat to Bliss throughout a large portion of the game – a decision that I speculate was made primarily to bury the more incendiary content and to introduce a new enemy type for Far Cry 5’s arcade mode and its future DLC.

One downside to this is that it neuters the main villain of the game. All of the promotional material surrounding Far Cry 5 suggested that it was Joseph Seed’s incredible presence and charisma that led to the cult flourishing in Hope County. The promo art even positions him as a messianic figure, inserting him into a bastardized version of Da Vinci’s The Last Supper, alongside his followers. But the game itself doesn’t really show us this side of the cult, if it exists at all, instead pointing to a brainwashing and magical do-everything drug as the seed of power. 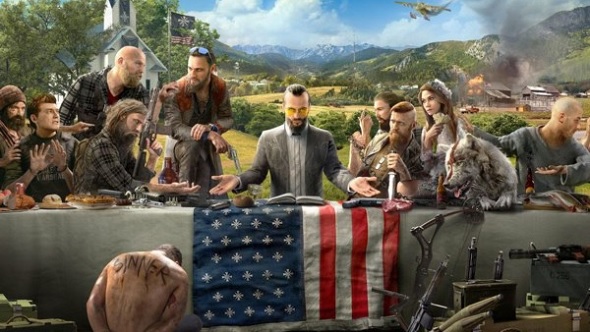 It would help if we could at least talk to someone in the game who actually believed in Seed’s message on a ground level, someone who converted of their own volition, and could either try to win over the silent protagonist through their reasonable albeit flawed perspective, or tell you of their escape from the cult. As it stands, we only hear from the higher-ups Jacob, John, and Faith Seed, and they all have their own conflicting ideas, which only muddy the waters further.

Far Cry 5 is brilliant on a number of levels: the satisfying tok-tok-tok of its rifles, letting you run across its rural landscapes with a jaunty dog, even the ridiculously powerful turkeys are a delight. It’s a shame, then, that so much of its narrative feels like a cop-out. Ubisoft had the chance to plug into some of the most important talking points in contemporary American politics – the feverish defence of the second amendment and the scapegoating of minority groups – but settle for saying nothing at all. Oh, except that cults are bad, maybe, and that shooting zombies is fun.