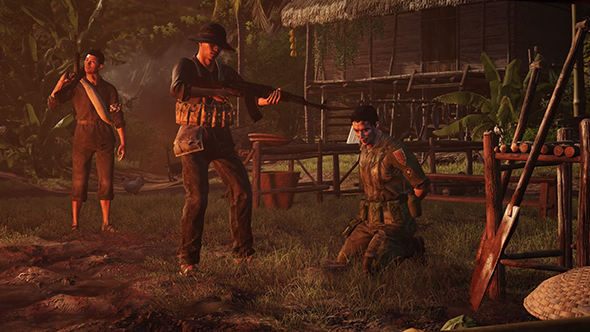 Far Cry 5: Hours of Darkness is the game’s Vietnam-themed DLC, and Ubisoft has just detailed what to expect from the new expansion, as well as when to expect it. The expansion launches on June 5, and will feature a new story playable solo or in co-op.

Hours of Darkness casts you as Wendell Redner from the main campaign, as he spends his tour of duty in the Vietnam War. You’ll do battle with the Viet Cong and North Vietnamese Army in the jungles, fighting to rescue imprisoned allies and make it home. The DLC will feature “new gear and abilities” – though no details on what those are just yet.

A certain Far Cry title and more populate our list of the best FPS games on PC.

You’ll also have two new modes when you complete the campaign. Survivor Mode challenges you to make it through with a more limited loadout, while Action Movie Mode will give you a generous array of gear to live out your Rambo fantasies.

You can get Hours of Darkness as part of the Season Pass for $29.99 / £25.99 / €29.99 or as a standalone release, though Ubisoft hasn’t specified the single purchase price just yet. Future DLC will include Lost on Mars in July, and Dead Living Zombies in August.

You can get a taste of the new expansion in the trailer below. (Here’s the UK version, in case you’re as confounded as we are by Ubisoft’s region-locked trailers.)

Today, there will also be a free update for all Far Cry 5 players which adds Vietnam-themed assets to the Far Cry Arcade, opening up new options for map builders. Ubisoft say similar free asset updates will come alongside future DLC releases.