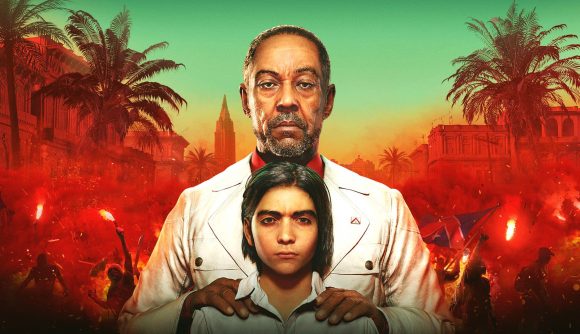 With just two days to go until Far Cry 6’s release date of October 7 release date, players across the world are using the recently revealed Far Cry 6 system requirements to prepare their gaming PCs for the coming revolution. Unfortunately, DSOG’s benchmarks may have highlighted a major problem with the game’s PC port. The issue stems from the way the game utilises threads on a processor, which results in the CPU becoming a performance bottleneck while the GPU remains underutilised.

The three benchmarks in DSOG’s video show the game running at the Ultra graphics preset with V-Sync turned off, allowing for an uncapped frame rate, with the only difference in settings being resolution. The test system is composed of an Intel i9-9900K, 16GB of RAM, and one of the best graphics cards available: an Nvidia RTX 3080.

In the 4K test, GPU utilisation is predominantly 99% throughout, which is to be expected. However, when the resolution is dropped to 1440p or 1080p, there is a notable decrease in GPU utilisation and one of the CPU’s 16 threads, namely ‘CPU14’, is shown to be working much harder than the 4K test and in comparison to the other threads.

The octa-core i9-9900K may not be one of the best gaming CPUs now given its age but it’s certainly no slouch and is more than capable of handling intense gaming workloads. While it’s normal to see processor utilisation increase parallel to increases in frame rate, this is generally only relevant when you boost fps to accommodate high refresh rates like 120Hz. The fact that dropping Far Cry 6’s resolution from 1440p to 1080p saw a mere increase in average fps of 2, from 77 to 79, is unusual and could indicate an optimisation issue. 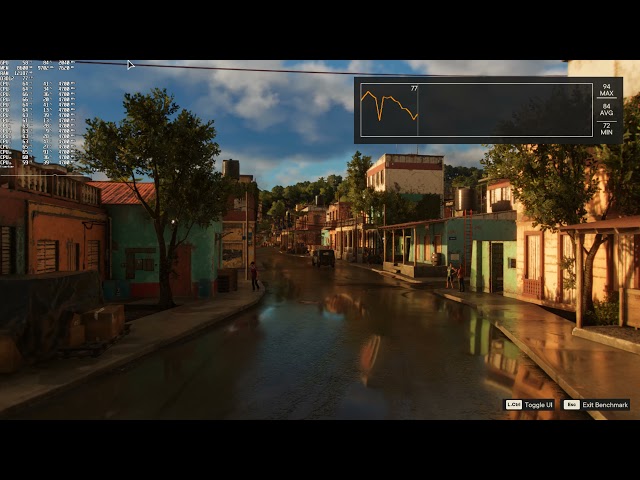 It’s possible that the game’s benchmark isn’t indicative of real-world performance and that these problems could be alleviated by simply dropping the game’s settings from the ‘Ultra’ preset to ‘High’. That said, we won’t be able to verify these findings or provide any settings recommendations to enable all of Far Cry 6’s PC exclusive settings until we conduct our own testing.