In Far Cry 6, violence, poverty, and fear inspire the people of the island of Yara to revolution. But these conditions are also part of the history of many countries in Latin America. The idea the game presents is that all the suffering and injustice at the hands of Antón Castillo’s dictatorship leads Dani Rojas, the protagonist, and the people of Yara to rise up and overthrow the government, freeing their country.

While this scenario isn’t far from reality, the newest entry in Ubisoft’s FPS series depicts a romanticised version of revolution, presenting it as a calling one must answer, something inherent to one’s character, instead of grappling with the real dilemmas a revolutionary must face or the real circumstances that might inspire their efforts.

During one mission, we visit a school transformed into a prison for those challenging Antón Castillo’s government. This scene, and many others depicting Castillo’s fascism, has an air of truth about it. In Brazil, it’s been less than 40 years since the downfall of the military dictatorship, and stories of people who went missing, were tortured, or were killed by the regime have trickled out continually during my lifetime. What Far Cry 6 shows us is part of our past, and something we fear may recur in our present or future. In creating this story on the island of Yara, Ubisoft developers have given life to a concern many of us still have.

But Far Cry 6’s focus is on the power fantasy of a Latine revolutionary, and as such glosses over the reality of living under such a government. In the first sequence, we learn Dani Rojas’s goal is to flee Yara and go to Miami. 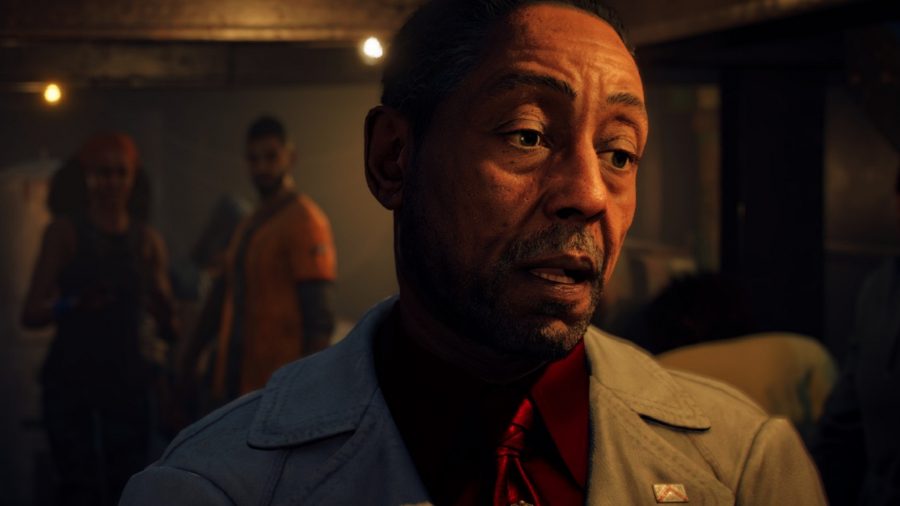 But since there would be no revolution and thus no game if Rojas stuck with this plan, they abandon it, which the story justifies through an essentialist argument of Rojas being constituted by ‘the fighting spirit’. Rojas is routinely told by secondary characters, such as revolutionary friend Lira, leader of the resistance Clara, and super-guerrilla Juan, that they are born to the guerrilla life, that this is all they can do now they’ve had a taste of it.

Such sentiments imply that revolutionary spirit is intrinsic, and muddy the relationship between rebels and the things against which they rebel. While their friendship with Yara’s rebels and the undoubted cruelty of Castillo’s regime do strengthen Rojas’s motivation, this romanticised idea of the eternal guerrilla, divorced from context, is hard to swallow. Far Cry 6 creates an unreal idea of what someone living like this would feel.

Rojas’s desire to flee Yara is, to me, one of their most relatable qualities by far. Sure, it’s easy to think they should fight for the freedom of their people, but to actually do this – to commit to fighting in a revolution against a cruel and violent dictatorship – demands the near-impossible from someone living in a place where merely surviving is hard enough. Even in my own country of Brazil, where poverty reaches more than half of the population, and where starving people are driven to feed on dead animal carcasses, finding the strength to fight for revolution is a luxury. 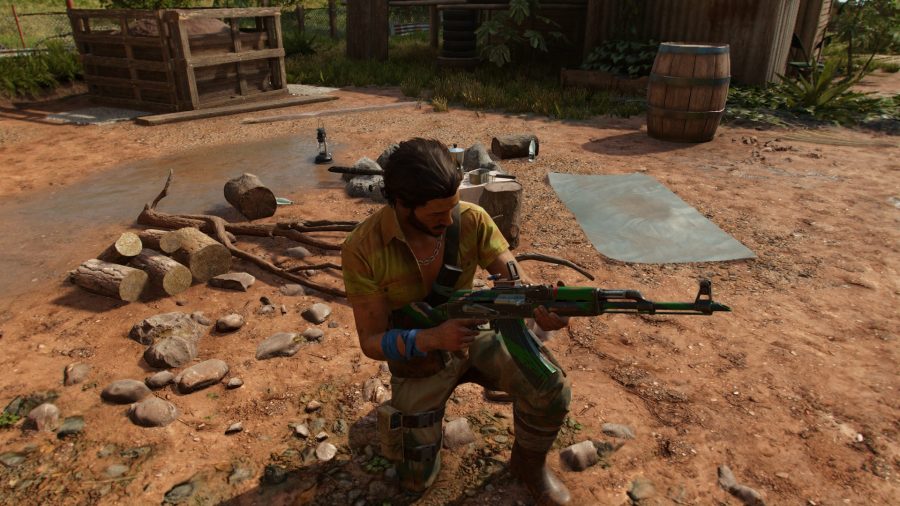 Latin Americans are acutely aware of the dangers of fascism. Again, to many of us, this is still a very fresh memory, as is the feeling of frustration that comes with lacking the power to change things. We grow up with the understanding that leaving our countries is a more viable way to prosper. Parents tell others how proud they are because their son or daughter is living in the United States, working as a driver or in a supermarket. As it is for Rojas, who explicitly tells us they know what awaits them in Miami is not a life of richness, but a “shitty job”, I have learned that a difficult life in the United States, Canada, or Europe is better than a difficult life in Brazil.

Juan tells Roja that they are 'guerrilla', romanticising the term as some sort of Latine ninja-like warrior

Dani Rojas all too quickly abandons the idea of escaping to Miami in favour of the incomparably harder choice to fight a revolution, partly out of a sense of responsibility, but also because it’s presented as somehow inherent to who they are. Juan tells Roja that they are ‘guerrilla’, elevating and romanticising the term as some sort of Latine ninja-like warrior, able to craft deadly weapons from mere scraps thanks to some kind of ancient knowledge.

In Brazil, people build a lot of things from broken electronic devices or metal scraps, not because they are imaginative or because they’ve inherited ancestral lore, but because they are too poor to buy new things. Some of these items are presented as jokes in Far Cry 6, while in our world, families get hurt using self-made ovens since cooking gas is too expensive here. 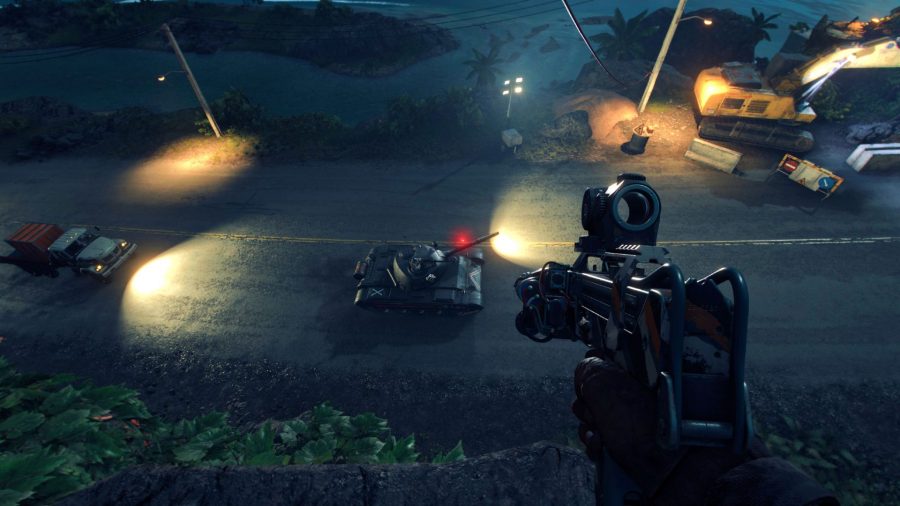 In the end, the tale of revolution depicted on the island of Yara is only a fantasy, dreamed by someone who thinks that because people are constantly afraid and hungry they must be building their revolutionary spirit. On the contrary: most are just thinking how great it would be to start a new life abroad, instead of staying and trying to fight for a nation that has shown no affection to them.

Until they can do so, some may try to move cities or improvise whatever means they can find to make life more bearable. But they are not necessarily preparing for revolution. They are only trying to survive.

Far Cry 6 is out now. You can read our review here, or buy it here.