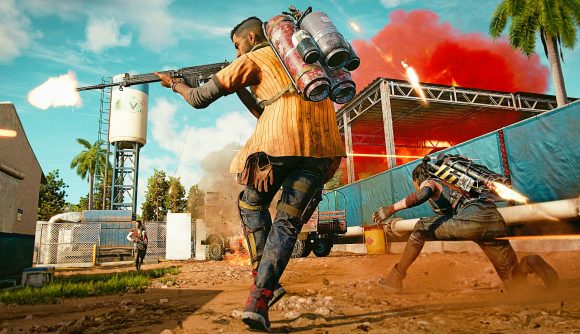 Ubisoft has announced the Far Cry 6 release times in a blog post on the studio’s site with a handy graphic showing us when it goes live to play in each region, which we’ve included for you below. The open-world FPS game takes players to a fictional Caribbean island ruled by dictator ‘El Presidente’ Antón Castillo (portrayed by Breaking Bad actor Giancarlo Esposito) and puts you in the shoes of rebel fighter Dani Rojas to try and topple both the tyrannical regime and its leader.

Far Cry 6 will be available via the developer-publisher’s own platform Ubisoft Connect and the Epic Games Store at launch for PC players (though not Steam), as well as both last and current gen consoles, Stadia, and Luna. The graphic below includes details of the release times across these various platforms.

Here’s Ubisoft’s graphic to give you an idea of when pre-loads are available in your region, too: 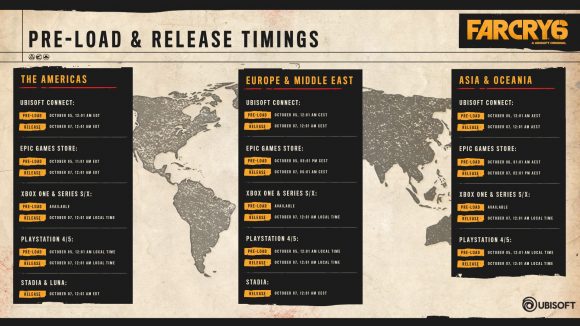 For now, be sure to check out our Far Cry 6 preview and everything we know about the Far Cry 6 release date and more via the link in the intro above to get an idea of what’s coming later this week. We’ve also got a roundup of the critics’ Far Cry 6 reviews posted so far if you’re keen to see what they made of it ahead of launch time.