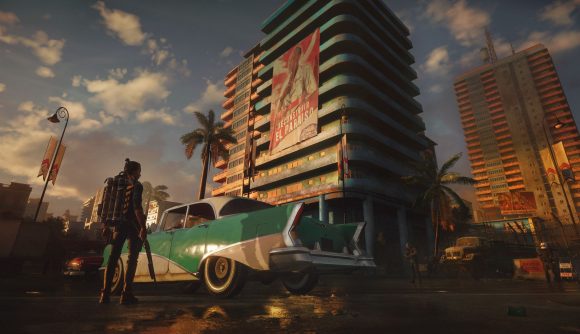 Far Cry 6 has been officially announced at the Ubisoft Forward show. Confirming some recent leaks that popped up online, the upcoming FPS game’s unveiling and first trailer reveal its chief antagonist will be played by Breaking Bad’s Giancarlo Esposito, its setting will be the (fictional) Caribbean island of Yara, and the Far Cry 6 release date is set for February 18, 2021.

As shown in the game’s first trailer, Far Cry 6 centres on unrest in the fictional island, which is led by ‘El Presidente’, Anton Castillo, who can be seen instructing his 13-year-old son, Diego – the future El Presidente – about the nature of leadership, as he sees it. “Our people, they do not know how to be happy,” he says, leading his son out onto a roof to witness a revolution in action, with crowds jostling in the streets below as fires and discontent rage.

“They are torn apart by opinions, noise, indecision – strangled by their own freedoms,” the ruthless leader continues. “Even if you have love in your heart; even if you want what’s best for them; if you only want to save them from themselves – they will hate you, Diego. Everything you do, say, believe, will be wrong.”

In the game you’ll step into the shoes of military dropout Dani Rojas – who you can play as either a female or male – who was born on the island and caught up in its revolution. As for its setting, following decades of economic sanctions, Yara has essentially been left impoverished, divided, and more or less frozen in time. Castillo’s promise of restoring the island to its former glory isn’t exactly working out, and revolution is sweeping the region, with groups of guerrillas fighting for change – though their motivations and approaches might not always quite line up with each other’s.

Ubisoft hasn’t got any gameplay to show just yet, but alongside the announcement the studio’s also revealed some other nuggets of information. There will be animal companions in Far Cry 6 – for example, there’s a little dog called Chorizo – and the story’s conflict will span across the whole of Yara in a big, open-world setting, including rural areas, beaches, jungle, towns, and the capital, Esperanza – the epicentre of Anton’s power, and your main target in taking him down. 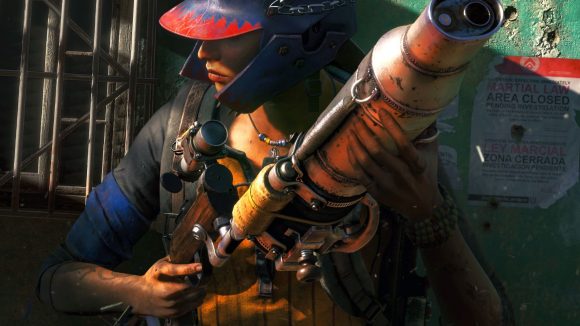 If you’re keen to know more, be sure to take a look at that trailer above, and keep a weather eye out, as it sounds like Ubisoft will have more to share in the way of gameplay and detail later on this year.