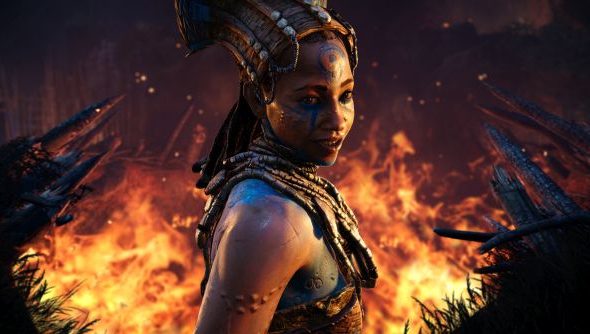 Far Cry Primal is one of a few games following a trend I can really get behind – late announcement, early release. Rather than waiting two years (and in some cases much more) to get our hands on a game, things like Primal, Fallout 4 and others aren’t showing us even the texture of a bare heel until they’re just about ready to go. But what about when it was first thought up and work began? Speaking to Phil at the preview event he attended last week, game director Thomas Simon let us know how it all began.

How Ubisoft is Far Cry Primal? Let us count the ways…

Asking about the genesis of the project, Phil was told that “the idea was present in the team years ago at the time of Far Cry 3” but development didn’t start full-on back then. It’s interesting that the idea spawned there, as my perception of Primal is that it has a lot more in common with Far Cry 4 and some of its DLC than 3’s definition of insanity island.

Perhaps that has to do with the delay in starting on the project, which they didn’t get around to delving into until much later, “At around the end of Far Cry 4 we were given the opportunity to look back and explore [the idea], the staff and the team and the company were super competitive and super excited and it started like that.”

Thomas Simon didn’t elaborate as to the ‘delay’, but a read between the lines would say that the studio, having hit on a winning formula with Far Cry 3, wanted to try to refine it for their next game before going in the weirder direction Primal pushes in. For all our japes about how Ubisoft it is, from a modern-if-made-up war-torn country to pre-history is a massive leap, not only in setting but in what can be accomplished – no C4, no vehicles, no traditional weapons or even a familiar structure to society on which to draw. Once 4 was done with, the dive into Primal could begin, which will have been some time around November 2014.

That’ll mean ‘just’ a year and a half of full-time development come release on March 1st.