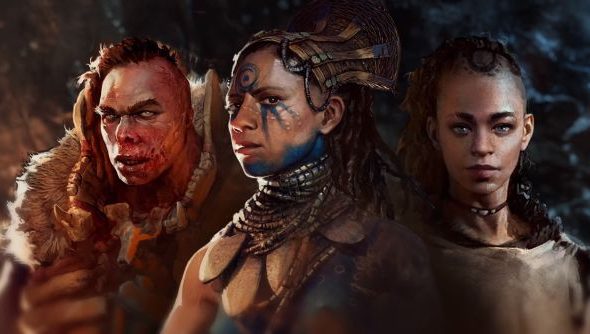 Turns out going back in time is about as complicated as going forward when it comes to world building. In setting Far Cry Primal thousands of years before the present day, Ubisoft rather set themselves up for needing to put an entire, believable universe together that not only made for a good game, but worked as a history of humanity. We won’t know exactly how well they’ve gotten on until the game hits PC on March 1st, but they’ve put together an entire documentary to show what they did, and it’s a mighty impressive bit of work.

Have a look at the best FPS games while you wait that extra week from console release to PC.

Narrated by Elias Toufexis (well, either that or there’s two people in the world with a voice so smooth you could build a CS surf map with it), it’s a fascinating, expanded look into all the different things the team did to make their world feel real:

I particularly enjoyed the large expansion on what we’d heard before about Primal’s language. I find it quite fascinating, not only as a bit of pseudo-history that has to be theorised and recreated, but because it’s what we’re going to hear throughout the game. Primal will probably be the first Far Cry game I’ve picked up on release, and that’s because its world is so strange and I want to see how they’ve done it. Also: attack owls.

Game’s out fairly soon, hitting consoles Tuesday next week and PCs on the 1st. We’ll let you know what we think of the port as soon as we can, plus those lovely console folks will let us know what the game is like.