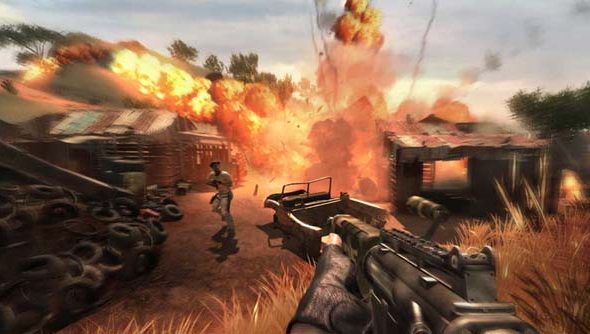 Far Cry 3’s a fantastic open world shooter that’s thrilled Tim and half the team here at PCGN – it’s not that the other half aren’t thrilled, more that they’re still playing Baldur’s Gate – but one of the little irritants of an otherwise exciting free-form game was the regular HUD reminder that bleeped up on the screen to say you had a mission waiting. Open world games are about freedom and a constant reminder of a quest that’s in the wings never quite lets you loose to explore the world.

Happily the newest patch out from Ubisoft gives you new options about what elements of the HUD are presented to your face.

It’s not the only thing to be fixed in the new patch, there are also improvements to stability and, more importantly, “Sam is no longer getting stuck when the user destroy an enemy car.”

Here are the full patch notes for your perusal (I lifted them, without shame, from here):

GENERAL FIXES FOR THE PATCH