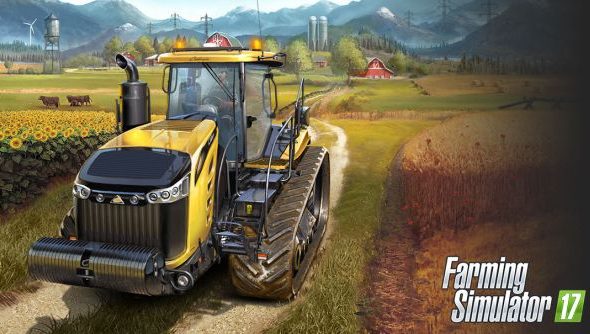 it’s officially late’o’clock and the last thing I was expecting was catchy country-rap over satisfying video of digitised tractors cutting through endless fields of plants. But that’s where we are, here, on the last day of E3. Scroll below for that minute of satisfying goodness.

Warning, definitely not safe for fans of living crops and flat ground. This stuff isnasty.

Well, that all certainly happened. Focus Home / Giants Software say that the E3 build was showing off “a new environment, new vehicles, a new animal to breed, and new gameplay mechanics that increase the game’s richness and depth every year, but also to make it more accessible for both existing fans and new players.”

Given how popular the games have been with a hardcore-only target group, making it more attractive could do serious work. Farming Simulator 2015, for example, has over half a million owners on Steam, according to the ever-unreliable Spy. A good tutorial could double that, assuming they don’t make the mistake of also simplifying the game to lose their original target audience. I’m told, though have never had the time or inclination to investigate, that these sort of games have a great calming effect. After watching that trailer, I kinda get it.

Do they do the business for you, dear readers?