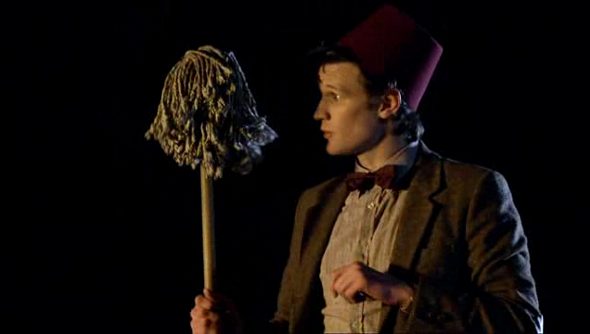 The stetson, fez and bowtie-wearing time-traveller, the Doctor, stars in his own series of adventure games. If you don’t live in the UK, you might not be aware of this. Over here in blighty, they’ve been available for free over on the BBC website, but now the rest of the world can experience the joy of phoned-in voice acting and atrocious adventure game stealth sections for themselves.

For free, they are fairly entertaining games. They might lack compelling performances from Karen Gillan and Matt Smith — but at least it’s actually them not performing well rather than a couple of people trying to sound like them — and shoehorn in stealth despite the whole world knowing how terrible that always pans out in adventure games, but they do feature daleks. And sonic screwdrivers. And time travel. It’s not a great example of Doctor Who, but it’s still Doctor Who.

For fifteen quid, though? Well that’s just madness. It’s the only way to get them outside of the UK, unfortunately. Although you can buy it on Steam in the UK, don’t. It’s a trap. They are still free on the Beeb’s on site.