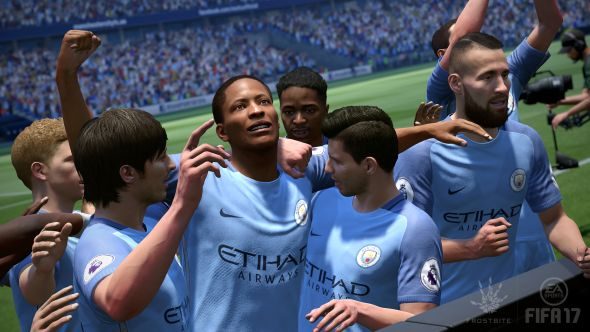 Origin Access membership will cost you £3.99 or $4.99 per month (or £19.99/$29.99 a year), but for that you get unlimited use of over 50 PC games and the opportunity to try new titles – including Mass Effect: Andromeda and Star Wars: Battlefront II – a few days before they’re released.

Interested? Head over to the game’s page on Origin Access here, or if the pot’s not sweet enough yet, read on for our coverage of the original announcement to learn what else is coming to Access in the coming months. A personal highlight: every single Command & Conquer game. Who doesn’t want to hear the warming hum of an Obelisk of Light charging again?

Original story April 17, 2017:FIFA 17 will be playable for free for those with an Origin Access sub by the end of the month. If you’ve been holding out on last year’s Frostbite-powered footie game, this is about the best news you could hope for.

If you already own FIFA 17 on PC, you still win – there’s an influx of noobs heading to the game, ready for you to serve them a thorough thrashing.

On top of EA’s football hit, there are a bunch of indies and one big RTS package coming to the service between now and the end of June.

First up, there’s Pony Island, a mind-bending puzzle platformer that breaks the fourth wall as much as it bends genre conventions.

Next, there’s Command & Conquer: The Ultimate Collection, which I’m sure needs no introduction. It’s that series of brilliant RTS games. In fact, it’s ten of them, and seven expansions.