Let me guide you through the five-step process of how my time with career modes in sports games usually goes:

1) I spend 30 minutes creating a character that looks like me – well, a much younger me – with dreams of acting out the kind of career I’d like to have had, if I was in any way whatsoever good at real, physical sport.

After some more traditional PC RPGs? We’ve got you covered.

2) I spend the next 30 to 90 minutes frustrated that my character is not good at the sport in question, as I watch shots sail over bars, clank off rims or fly straight into the hands of the nearest fielder or cornerback.

3) I get good enough at the game and I boost enough stats to where the difficulty hits the right level of challenging. This is the sweet spot, and I enjoy this for around 6-8 hours.

4) I get too good at the game. The challenge dissipates, every game features a hattrick or triple-double, and I have to find new ways to make the game more interesting for myself to overcome the grind.

5) The grind becomes too much, so I get bored, move onto something else, and wait for next year’s iteration. 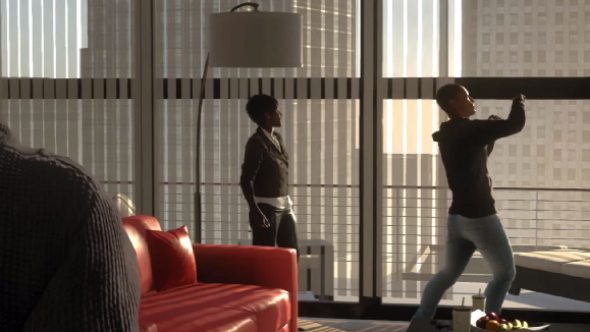 Many of you out there will recognise these steps, and the monotony of this process has been an issue for just about as long as sports game career modes have been a thing – they are reliant on you creating your own stories. Of course, there’s nothing inherently wrong with that – go and look at any number of blogs on Football Manager for great examples of when that works – but not everyone has the time, inclination, or even imagination to do so.

That’s where The Journey – FIFA 17’s scripted story/career mode comes in. You see, The Journey isn’t really a sports career mode at all. It’s a wolf (RPG) in sheep’s (sports game’s) clothing, and that’s why it’s the first career mode I’ve ever considered playing more than once.

There are a number of reasons to define The Journey as an RPG. First and foremost is the scripting. Now normally, “scripting” is a dirty word within the FIFA playing community, particularly those who plough the majority of their time (and money) into the fantasy football-esque Ultimate Team mode and feel that the game is sometimes guilty of artificially evening the odds. This is known as “cooking up some bullshit.”

However, for The Journey, I’m referring to an actual story. 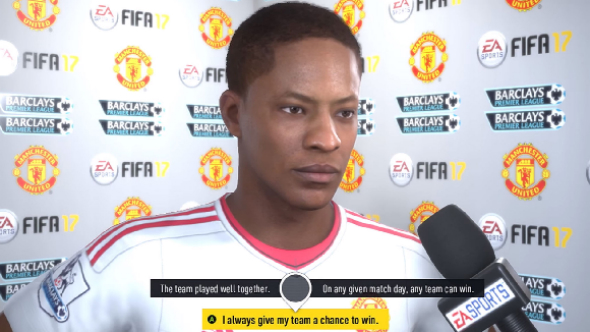 Of course, FIFA 17 isn’t the first game to attempt this. Hell, it’s not even EA Sports’ first attempt – 2011’s surprisingly excellent Fight Night Champion probably being their earliest effort. However, for the purpose of comparison, NBA 2K16’s Spike Lee-written Livin’ Da Dream is probably a better fit as far as dialogue-heavy story-driven career modes go, and has it beaten by over a year (although the less said about any game with a lead human character called Frequency Vibrations, the better).

And whereas Lee’s story leaned fully into depicting the extra-curricular aspects of the life of a professional basketball player, The Journey gets its exposition out of the way early and then plays it into the story when needed, allowing everything to play off more naturally and less forced. 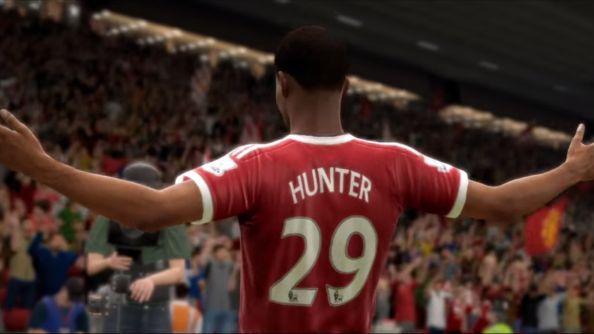 Another reason for wanting to play through The Journey again is that there is genuine replay value this time, and this is provided by something that EA know very well through their relationship with Bioware – branching dialogue and the consequences of what you say.

Boiled down into the simplest terms, each conversation you have in that game can go a number of different ways, based on three dialogue choices – Cool, which will please the manager but leave your followers a little cold (no pun intended); Fiery, which followers love, but might land you in hot (I swear to God, I’m not meaning these at all) water with the manager; and Balanced, the most boring option of the three, but the one most likely to leave both sides happy. 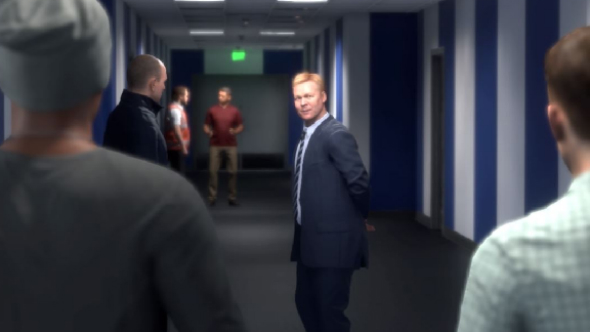 It’s not a perfect system, and the things you say in conversations and interviews seem to have little to no effect on your relationships with teammates, which is an odd oversight for a story mode based on a team sport. However, they can affect your relationship with the manager, propelling you into the first team or sending you down to the reserves, and your standing with the fans which determines how quickly you begin to rack up those lucrative sponsorship deals, so there are consequences to be taken into account.

Another aspect, and a common theme of RPGs released under the EA banner, is just how well realised most of the characters are. Admittedly, the likes of Danny Williams and Jim Hunter may not rank alongside the likes of Garrus or the Iron Bull, but they act as perfectly believable foils for protagonist Alex Hunter and, in main antagonist Gareth Walker, they’ve also created a villain that genuinely elicits feelings of dislike. 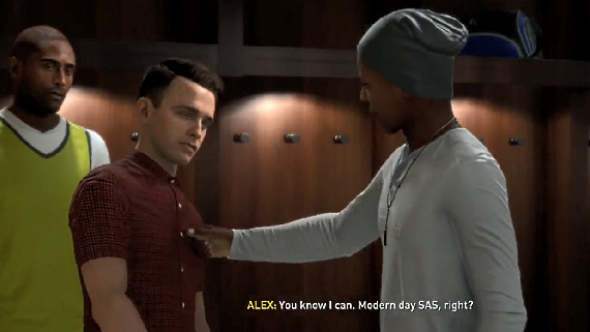 This in turn gives you added motivation beyond the usual chasing of numbers and, subsequently, adds extra impetus and urgency to a story that could otherwise succumb to some of those typically grindy career mode tendencies.

So, if you’ve always wanted a bit more RPG in your sports games, or a bit more sport in your RPG, then FIFA 17 might just be the answer. Perhaps more tantalising though is the prospect that other developers may see the success of this mode and look to adapt something similar for their own games. Rocket League meets Speed Racer, anyone?

Are sports games moving into legit RPG territory? Has FIFA become a 200-hour quest? Let us know your thoughts below.