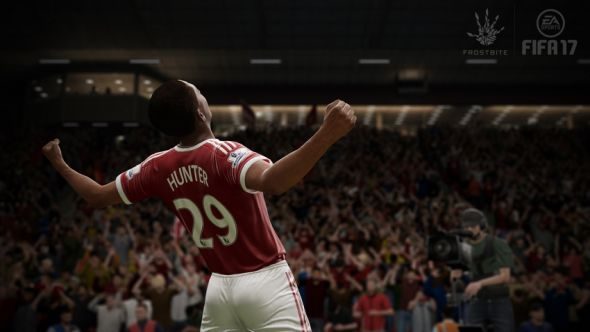 FIFA rolls around again, like a particularly well-built ball. This year’s edition even comes with an odd-looking single-player story mode about a player rising through the ranks. These additions don’t come with a great increase in required computing power, however, as this year’s newly-revealed system requirements show.

While we’re talking annual releases, here’s the best games of 2016 so far.

Anything that can run on my old 550ti is being remarkably nice in the modern era. The benefit of moving to exclusively the new consoles, I suppose. Here’s the recommendeds, if you’ve got to have your footballing men in high def:

Game’s out September 27, though those subscribed to Origin Access can get their digi-mitts on it a week early on the 22nd. Full details on the hows and whens over on the official site.

Looking for the latest game? Check the FIFA 21 system requirements at PCGameBenchmark.