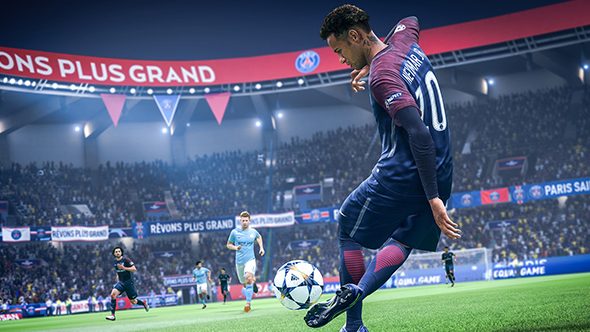 Star Wars Battlefront II was the game which stirred the most vociferous action against loot boxes, but it wasn’t the first EA game to make use of the random blind purchase model. EA Sports titles – FIFA in particular – have offered similar purchases for years as part of the wildly popular Ultimate Team mode. They aren’t going away, but EA does plan a significant change for them starting this year.

Starting with this year’s EA Sports titles, EA will now disclose the odds for Ultimate Team packs. That change will affect FIFA 19 and Madden NFL 19 most obviously, and could indicate that EA plans to move toward more transparency for this monetization scheme across any future titles – though don’t expect them to drop the loot box model entirely.

There’s plenty of sport to be had in the best PC simulation games.

“Our model is sustainable,” EA Sports vice president and COO Daryl Holt tells GamesIndustry.biz. Holt says that the controversy over Battlefront II has “certainly changed us – in the way it always does in terms of anything you hear from a player or from the industry – in how we all react and adapt to it.”

The disclosure of pack odds for sports titles is one such change coming as a result of that feedback, and Holt says it’s an indication of “how we communicate and we deal with live service models and how we test things and implement feedback across all of EA.”

But don’t expect loot boxes to go away entirely, especially within the EA Sports milieu. “For EA Sports and Ultimate Team, the mode is very popular. It works the way it works and provides the players the choice to play the way they want to play, which I think Is valuable as long as we make sure it’s fair and isn’t a detriment to that.”

Loot boxes became such a hot topic after Battlefront II that governments around the world took interest, with Belgium’s gambling law in particular ruling that loot boxes are gambling. Other places haven’t reached the same conclusion, however – the UK gambling commission ruled that loot boxes don’t meet the legal definition required for gambling regulation.

Legal or not, loot boxes have been wildly unpopular since last year’s controversy, with games ranging from Battlefront II to Middle-earth: Shadow of War completely retooling their microtransactions in the wake of that outcry.

Ultimate Team’s similar, long-standing pack system didn’t get quite so violent a response, but it’s good see EA making these sorts of changes anyway. But we’ll be waiting until later this year to find out exactly how those disclosures are implemented.