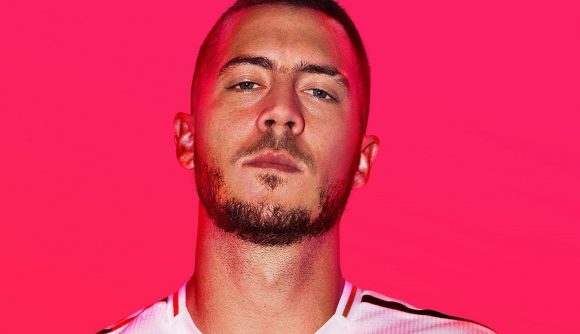 Ahead of the release of FIFA 20 in September, EA has announced which stars will be gracing the game’s cover. In a tweet earlier today, the game’s official Twitter account revealed two of the three featuring players, with another to be announced at some time in the future.

Heading up the standard edition of the game is Eden Hazard. The Belgian winger and attacking midfielder is considered one of the best players in the world. Earlier this summer, he moved to Real Madrid after seven years at Chelsea, having captained his national side to third place during the 2018 World Cup in the process.

Gracing the cover of the Champions Edition of FIFA 20 is Virgil Van Djik. The Dutch defender captains the Netherlands national team, and also plays for Liverpool. In the final of the club’s Champions League-winning run earlier this year, Van Djik was named man of the match, having helped his side to a stunning victory over Barcelona in the semi-final.

EA says that the cover star of the Ultimate Edition of the game is yet to be announced, but those eyes emojis mean that the revelation can’t be far away.

Over the past few years, Portugal and Juventus’ Christiano Ronaldo has appeared on the series’ cover. The player, who is currently vying with Lionel Messi as one of the greatest of all time, was temporarily removed from EA’s marketing materials last year following allegations of sexual assault.

He was later replaced by the trio of Kevin de Bruyne, Paulo Dybala, and Neymar Jr, all of whom are somewhat likely to appear on the upcoming boxart. EA told Eurogamer that the change was the result of a mid-season rebrand due to the company’s acquisition to the rights to the Champions League, which had previously been held by the PES franchise.