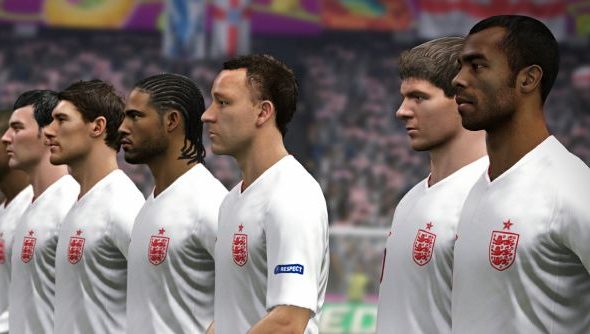 The aptly-named Neogaf forumite Surly has been at the receiving end of some dodgy shenanigans from EA’s Origin digital distribution service. According to his post on the site, he attempted to purchase the UEFA Euro DLC for FIFA 12, but found himself unable to download it.

It began – as all the best stories do – with a pop-up box advertising the UEFA Euro Pack, on offer for £7.99. Note the pound symbol there, it will be important later on. As FIFA 12’s DLC is downloaded in-game rather than through Origin, the offer was for 1250 FIFA points which could be used to buy the pack.

The problem is that the in-game offer was only available in the US, and the UK price remained at 2500 FIFA points. When Surly tried to get the DLC in-game, it asked him to buy an additional 1250 points to access it, despite the advertisement’s promise of the DLC for £7.99.

Surly got in touch with EA’s customer support to ask for the additional points or a refund, but to date he’s received neither. The best response he got was, “Sorry Mark, but the promotion of the pack was only for US customers, in that case you are not eligible for the refund of the points.”

The problem is undoubtedly due to a mix-up on Origin itself, but under UK law it counts as misleading advertising. If the same thing happened in a bricks-and-mortar retailer the customer would be entitled to a refund or more points without question.

This gets slightly muddied with the non-geographic nature of online retail. Scarily Origin’s terms of service include an entry that specifically excludes people from the Member States of the European Union – which includes the UK – from taking legal action against the company.

At the time of writing, Surly hasn’t followed up on NeoGaf. The whole escapade highlights how dodgy online retailing can be, even when it’s a big, respectable company like EA. It also makes EA’s customer support look really, really rubbish.