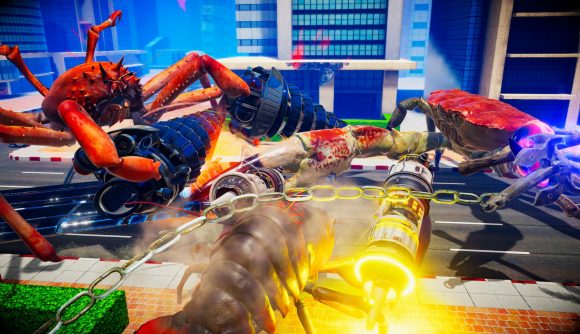 Sometimes, covering videogames, it can feel as though they’re given names that are drawn out of a hat: you can only hear stuff like Dustblight: Iron Vengeance so many times before they all start sounding the same. And reading these titles, there’s no way to tell what the games are actually about. That’s not the case about Fight Crab, the crab fighting game.

Fight Crab was showcased during the final day of IGN’s Summer of Gaming Expo today, and it’s exactly what it sounds like. There are crabs, and they fight. You’re one of them. What the title may conceal a bit is the fact that these battles take place in just about every conceivable configuration: crabs on the seafloor, sure, but there’s also crabs battling with samurai swords on a restaurant table, giant crabs throwing cars at each other in a crowded city intersection, crabs with lightsabers having a duel to the death.

Fight Crab is actually the latest in a series of crustacean-based combat games from developer Calappa Games, who has worked with publisher Playism to bring Neo Aquarium: The King of Crustaceans (2015) and Ace of Seafood (2016) to Steam.

Here’s the latest trailer for Fightcrab: 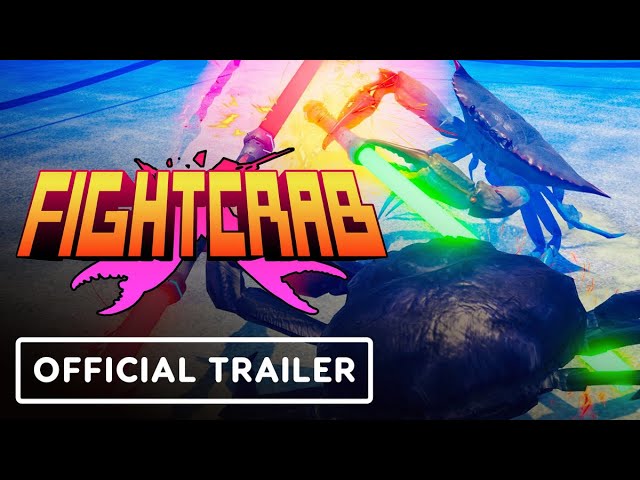 As mentioned above, and as you can see vividly portrayed in the trailer, the crabs are given a truly vast array of weaponry to choose from before heading into battle. There are great war axes, a variety of traditional martial arts weaponry, Jedi lightsabers, and various implements of destruction for which I’ve never learned the names.

The best news is that you can play Fight Crab soon: it launches on Steam July 30.