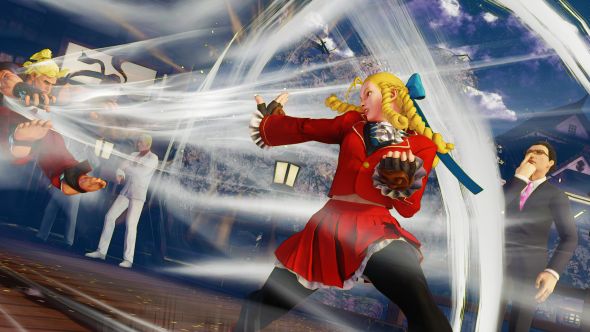 Sherry ‘Sherryjenix’ Nhan, a YouTuber in the fighting game community, has shared her concerns about security at events, and offered her own experiences with a stalker as an example. You can watch her video on the subject above.

Nhan says her stalker first contacted her through Facebook, before moving to email after she blocked him. Near the end of January, the issue escalated, as the man followed Nhan and some friends around a theme park.

The next day, Nhan went to her local police department to arrange a restraining order, with copies of the stalker’s emails in hand. The police allegedly claimed there was nothing they could do due to a lack of overt threats, though Kotaku, investigating, note that California law defines harassment as “repeated actions that seriously alarm, annoy, or harass, and serve no legitimate purpose,” which seems to encompass the stalker’s behaviour.

Nhan’s stalker can assume that she, as a figure in the fighting game community, will attend certain events, which gives him a clear opportunity to harass her. You could argue this obliges tournament organisers to act to protect her, and others in her situation.

When Nhan raised the issue with certain tournament organisers, however, their response was less than helpful. In her video, she says “they said that they can’t ban this guy, because I don’t have a restraining order on this guy”. Kotaku say some were even concerned about a possible PR backlash.

“They said, if anything was to happen, If I see him at the tournament, just call security and they will gladly escort him out”. Understandably, though, Nhan is concerned that leaving it up to her to spot him and report him still gives her stalker plenty of opportunity to harass or even hurt her, and would ruin her experience at these events with her having to look over her shoulder the whole time.

“I see where the tournament organisers are coming from, but I feel there should be a system in place to decide whether or not a person will get banned,” she tells Kotaku. “Obviously, we wouldn’t want to recreate the Salem Witch Trials, but with sufficient evidence, a case should be made. A system should be implemented so things won’t have to escalate to threats before any official action is taken.”