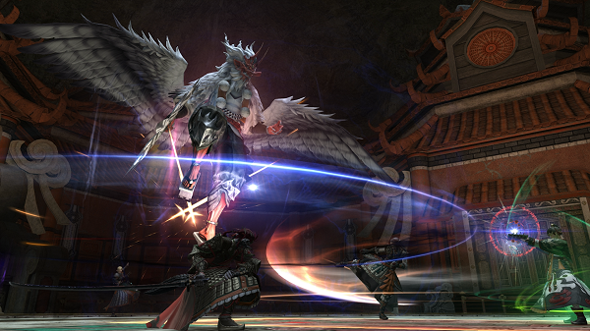 Update, May 11: Square Enix have announced that the 4.3 update for Final Fantasy XIV, along with the big new Ivalice raid, will drop on May 22. There’s also a trailer for it, which you can see above.

The update will continue the popular Return to Ivalice series, which began last year, with a new 24-person Ridorana Lighthouse Alliance Raid set in the world of Final Fantasy Tactics and Final Fantasy XII. It will also continue the Stormblood storyline by sending players to the far-eastern land of Doma.

Other new features will include a new Ultimate Difficulty raid against a “new incarnation of Ultima Weapon”, a new Deep Dungeon set in the 100-floor tower of Heaven-on-High in the Ruby Sea, and a new series of Beast Tribe quests called ‘The Namazu’.

Original story, April 26: Final Fantasy XIV’s 4.3 patch is well on the way, scheduled for launch in May. It’ll bring the new set of Under the Moonlight main scenario quests and offer the next chapter of the Ivalice alliance raid series, along with a host of other new content, which Square Enix have provided some additional detail on today.

Under the Moonlight sees an unexpected offer of peace from Imperial envoys arriving in Doma, continuing the story of Stormblood, while the Ridorana Lighthouse serves as the new 24-man raid in Ivalice. There’s also a new dungeon with the Swallow’s Compass, a royal mausoleum chiseled into the great wall of Yanxia.

The update’s also set to bridge the gap between worlds with a new cross-world linkshell system, letting you better keep up with your friends on other worlds. The glamour dresser will provide a larger storage space to keep a greater variety of gear, and can restore clothing transformed to glamours back to its original form.

You can also install a guestbook in your house which will let visitors leave messages when they stop by. This will certainly be filled with friendly notes of encouragement from friends and not goofball nonsense and foul language left by strangers. Surely.

Potentially one of the biggest 4.3 additions is the new companion app for mobile devices, but that’s been known for a while. 4.3 is scheduled to go live in “late May,” so we’ll see how all the new additions factor in soon.