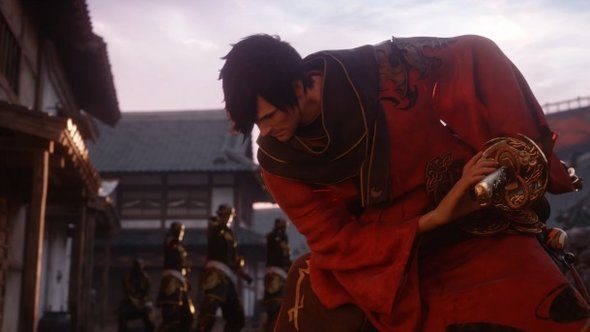 The slow trickle of info from Square Enix about the upcoming Stormblood expansion for Final Fantasy XIV: A Realm Reborn has been rather exciting of late. Now the Japanese peddlers of RPGs have once again treated us to a visual feast. Step forward Samurai, the new DPS class which you can check out in the video above, being shown off at the FF14 Fan Fest in Frankfurt.

Get questing straight away with our list of the PC’s best RPGs.

We already knew about the Samurai’s existence in the upcoming expansion, owing to a rather awesome cinematic trailer and anticipation has been high for more info since then. The class itself will start at level 50 and has the ability to store energy in his katana, then unleash it in special attacks, dealing massive damage in short bursts. The severity of this damage will revolve heavily around getting the right timing, which will ultimately play an important role in mastering the class as a whole. The style itself is based on the Japanese art of Iaidō or ‘way of sword pulling’ for those like myself who aren’t well versed in Eastern history. Starting their quest line in Eorzea, the Samurai will get similar gear to the monk class, making use of strength-based armor.

For more info, check out the original story at 2p.com. You can also pre-order the expansion at the EU or the US stores for £29.99 and $39.99 respectively.