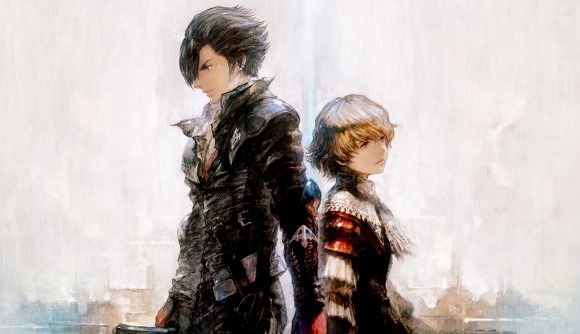 We finally have an update on the elusive Final Fantasy XVI via the game’s producer Naoki Yoshida, who says that the main scenario of FF16 has been completely written and development is progressing well – but fans should expect a long wait before the game’s re-reveal, since after skipping E3 it may also miss Tokyo Game Show this September.

In a massive – and still ongoing as of the time of writing – 14-hour livestream dedicated to Final Fantasy XIV, Square Enix decided to throw in an update for Final Fantasy XVI too, thus confusing anyone just looking at the roman numerals and assuming there was a typo. As reported by Nova Crystallis, Final Fantasy XVI producer Naoki Yoshida – who’s also the director of Final Fantasy XIV: A Realm Reborn – gave fans an update on the RPG’s development, while chatting with Nier’s Yoko Taro.

According to Yoshida – also known as Yoshi-P – and translated by fans on Discord, all the main scenarios for the game are “set in stone”, the English voice acting is almost done, and development is “going well”.

However, the bad news is that Final Fantasy XVI might not make Tokyo Game Show this year, which runs from September 30 – October 3, even though the team had hoped to do so. In fact, it sounds like fans may not hear much about FF16 until 2022, since Yoshida dislikes “small updates” and only wants “to show it when it’s ready.”

-Voice recording for the ENGLISH version is almost complete
-All scenarios set in stone
-Development going well, but they might not be able to show it at TGS
-He wants to show it at utmost quality so people can watch and think "INSTANT BUY!" pic.twitter.com/YrL5ktKeDp

Yoshida had mentioned back in October that a few parts of the game, such as “basic development and scenario production”, were finished – and Square Enix has suggested several times that Final Fantasy XVI is coming sooner than fans may think. Nevertheless, it seems fans shouldn’t hold their breath for any major FF16 news until the team is ready to share something big.