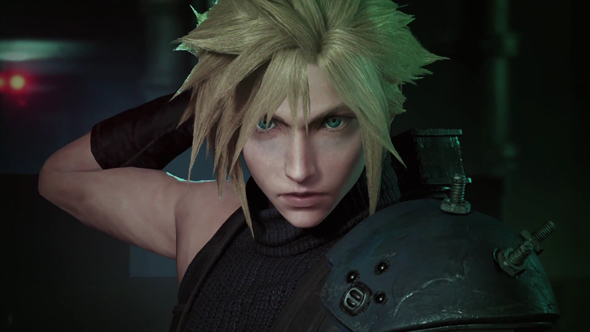 The eagerly anticipated remake of Final Fantasy VII is still a long way from completion, but Square Enix is already considering adding major new pieces of content for it – such as the various spin-off titles, like Crisis Core and maybe even the Advent Children movie, which could get added to the FF7 Remake.

At a event to celebrate the upcoming Nintendo Switch port of The World Ends With You, Kingdom Hearts III director Tetsuya Nomura – who’s also working on the Final Fantasy VII Remake – was asked about the “Compilation” (re: spin-off) games in the series. Nomura replied (translated by Gematsu) that the team are definitely thinking about the side games, either for separate release or inclusion in the remake itself.

“I’m thinking about ideas regarding [Final Fantasy VII] remake’s release — I even spoke to producer Kitase about it today. All of us old-timers are considering various developments in regards to what accompanies the remake. Like if we can manage to do something about the Compilation [of Final Fantasy VII] titles too. But for the time being, please wait for VII‘s turn to come.”

We’ve previously heard that Final Fantasy VII wasn’t going to be “limited to a simple remake,” so it will certainly be adding new elements that weren’t seen in the original, but on the other hand it’s still a very long way off, so we should probably temper our expectations on seeing the spin-off games receiving more than a passing mention when the Remake finally gets released.

Of course you can always play Cloud in Final Fantasy XV on PC with mods while you’re waiting the still very long wait for the Remake. That’ll ease the sting a bit, right?