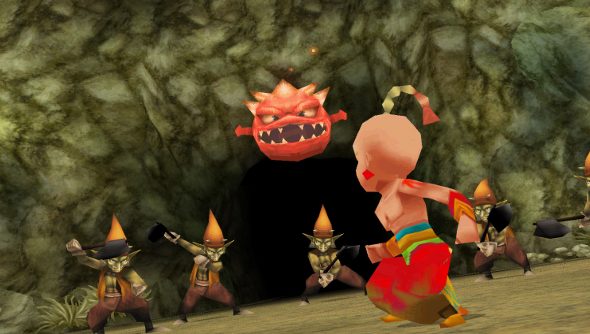 Final Fantasy and PC gaming don’t tend to go hand in hand, yet on Steam, you can grab Final Fantasy III, VII, VIII, XI and XIV. That’s a lot of Roman numerals. When Cloud and chums arrived on Steam last year, the seventh outing was popular enough so that producer Yoshinori Kitase thought it would open the door to more iterations of the series landing on Valve’s big, all consuming platform.

And he was right, because not long after, Final Fantasy III was summoned. So I’m unlikely to shock anyone by pointing out that its successor has also arrived on Steam. Indeed, the only real surprise is that Final Fantasy IV appeared today with absolutely no fanfare or fuss whatsoever.

Like its predecessor, this appears to be the DS version of Final Fantasy IV, but with an extra dose of wizardry and PC optimisation. Controller support, big ol’ PC resolutions, Steam achievements and a new way to chart dungeons make this rather a tempting port.

But it is a little strange that it appeared out of the blue like this.

If I wasn’t still working my way through the wonderful Bravely Default on my 3DS, I would probably grab this straight away – FF IV is one of my favourites.