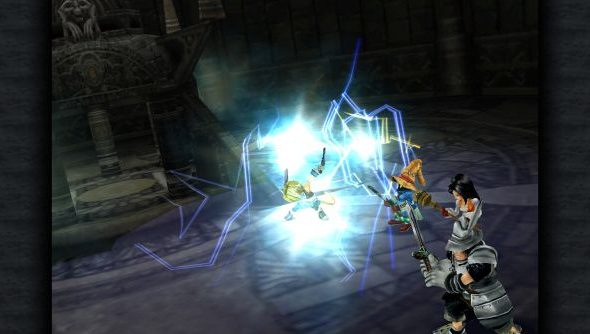 Final Fantasy IX – aka the best Final Fantasy, come at me VII-fans – is coming to PC soon. As with all of Square recent ports, that’s lead to speculation on release date, new features, how it will look and whether they’ve decided to entirely ruin it with new sprites. With the launch of the Steam page, we’ve received some definitive answers, especially on the graphical side.

While FF9 is in my personal picks forbest RPGs ever, there’s a lot to choose from.

Most notably, the new screenshots reveal that while character textures have been put through some kind of up-rez process, background images have not. I’m happy for work of any kind, and the 20 gigabyte download for a game that originally came on four CDs certainly indicates some work done on cinematics too, but it’s a bit jarring. Battles are going to look pretty good as they already had reasonable backgrounds, but in-world scenes look super-weird in their contrast. Have a look at this shot of Vivi near the start of the game, which you can see a bit bigger on Steam: 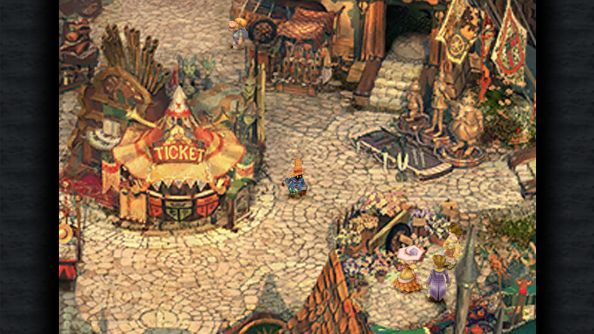 This is a real shame, because higher resolution background assets do exist, they’re just not in Squeenix’s possession. According to a long discussion I had on Twitter yesterday and this old NeoGAF thread, various artists have their original drawings plus there were some artbooks released, but rumour has it the actual files that Square could use to make a game out of are long gone. A lot of stuff from the pre-FFX era has been lost, which is one reason why their mega-popular 90s JRPGs haven’t been quick-and-dirty upscaled before now.

Those other backgrounds are stunning, by the way. This one’s my favourite, from a boss fight towards the end of disc 1. On a Playstation’s 320*224 resolution, I could barely make out anything, but this, gosh: 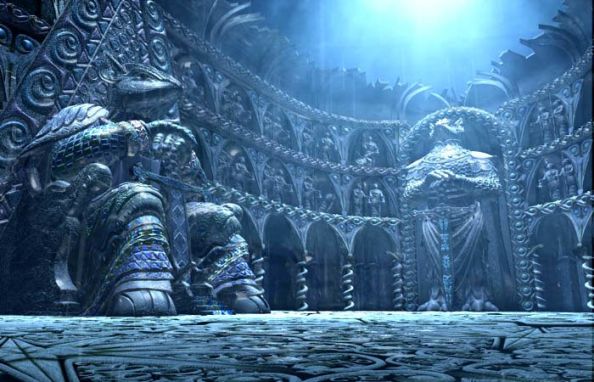 Square Enix did put a lot of effort into remakes in the mid-00s – I’ve been playing the great Nintendo DS edition of Chrono Trigger (which desperately needs a PC port) and the versions of FF3 and 4 on Steam are full 3D versions of sprite games – but it seems to have waned to the basics in recent years. I’m not saying they’re lazy, far from it, but the amount of time and money they’re willing to dedicate has clearly decreased from full re-translations and new engines to making sure it works and getting it out the door.

On the gameplay side, there’s a few new features that will be of great interest to those who’ve played before. There’s the usual achievements and auto-saving we expect from these ports now, but also some togglable options for “seven boosters”, only two of which have been revealed so far: no random encounters and an increase in game speed. The latter is something I used heavily while playing on an emulator some years ago. While those battle transitions are lovely, after the 1,000th one you’re ready for it to take half a second instead of three. The former is magical, as FF9 has some great level one playthrough possibilities, as well as various speed challenges that are hindered by its very unpredictable random battles. I’m hoping that this will become the defacto way to speedrun the game, as it removes a huge amount of random chance from it.

The Steam page originally went live with a promise of January 2016 for release, but it has since been changed to ‘early’, matching up with Square’s ‘soon’ from the first announcement. Hopefully that also means ‘not too long’ as I can’t wait to get stuck in.