Insatiable urge for managing ridiculously haired teenage wizards? Love of obscenely long games? Like Chocobos? Then do Square Enix have the game for you. As part of their semi-recent PC push, the “ultimate” HD version of PSP game Final Fantasy Type-0 will be making it to Steam on August 18th.

This particular edition of the long (long, long) running series is about a class of students who find themselves embroiled in a war between their home nation and a vicious neighbour. It’s a bit more brutal ‘n’ bloody than you might be used to from the franchise and the combat is more action-based than the various ATB systems. A quick glance round the block suggests it reviewed reasonably well on console, though it’s important to remember you are buying a handheld port with everything that implies, particularly graphically.

Here’s the full skinny on what the PC version has to offer:

Those last two points appear to be an increased gore option and one to help you speed up moving around the world, respectively. The latter is something I would have liked in every FF game I’ve ever played and, indeed, made significant use of in the ones I’ve emulated.

There’s also some goodies available if you pre-order, including a Dota 2 moogle ward, loading screen and chocobo courier which you can see below. 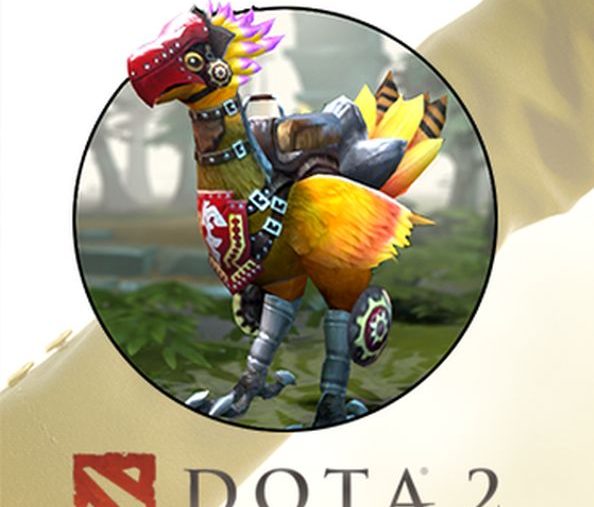 This is a pretty great way to boost sales between Dota players who just want the courier and don’t mind paying for it plus FF fans who own the game already but play Dota and want the courier. From what I know of these sorts of items, expect it to hit the Dota store seperately in the coming months, if you can wait.

Square’s ports have generally been okay so I’ll probably take a look at this to scratch the yearly JRPG itch. Hopefully it points at the long developed FF15 making it to PC at some point. Plus there’s still the long-awaited Lighting Returns to come, which was announced along with the rest of the now-released FF13 trilogy.