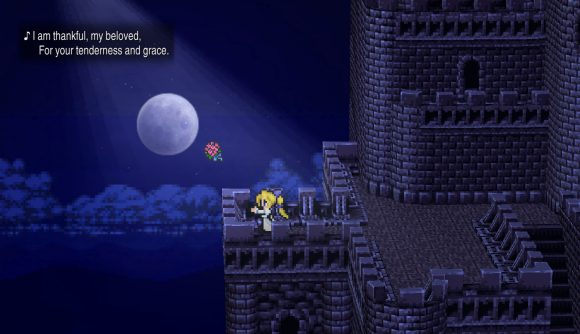 Square Enix previously announced that the Final Fantasy VI Pixel Remaster would launch this February, and a more precise date leaked on the iOS App Store today – about one hour before the devs officially confirmed the date via a press release. Sadly for you Switch holdouts, it’s still only confirmed for Steam and mobile. (Though it will be arriving in time for the Steam Deck release date.)

Some early screenshots suggested that we’d see more substantial graphical updates in this remaster compared with the previous efforts, but it looks like that’s limited to some key scenes. The store page shows a gentle 3D effect applied to the beloved opera scene, for example.