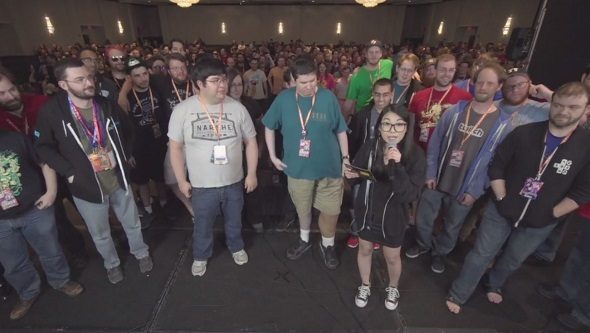 After another inspiring and exciting week of speedrunning, Summer Games Done Quick 2018 concluded today in Minneapolis after hauling in more than $2.1 million in donations to Doctors Without Borders.

As ever, SGDQ’s speedrunners served up too many amazing moments to count, but a couple standouts included a Dustforce DX race between fishmcmuffins and Freshmaniac, a speedrun of Warcraft III’s Undead campaign, and Linkus7 showing off some new tricks he’s discovered in The Legend of Zelda: Windwaker HD. The event concluded with an exciting speedrun of Final Fantasy VI.

Games Done Quick is about the best speedrunners, so here’s our list of the best PC games.

This year’s SGDQ proceeds are again going to Doctors Without Borders, a non-governmental organization that began in France and works to help people in areas stricken by violent conflict or disease epidemics. Games Done Quick has also raised money for humanitarian organization CARE, the Prevent Cancer Foundation, AbleGamers Foundation, the Organization for Autism Research, and the Houston Food Bank in the wake of the devastation caused by Hurricane Harvey in 2017.

The next GDQ event will be Awesome Games Done Quick, which is scheduled for January 6-13 in Rockville, Maryland.