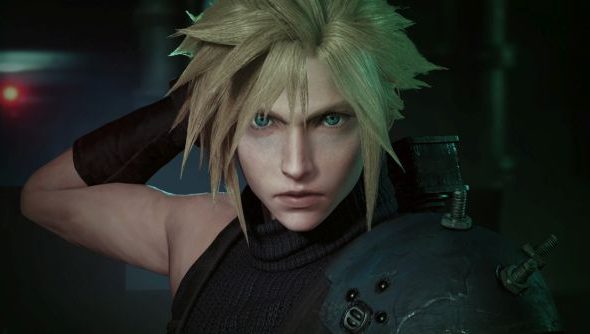 “Isn’t FF7: Remake a Playstation exclusive?” you’re likely wondering as you read. The answer is, basically, we have no idea. Square Enix’s message has always been ‘first on Playstation’ – but whether that means five minutes of exclusivity, a year or just that it gets an extra bit of DLC for a month, who knows? The publisher has shown a lot of love for the PC in recent times, so we’re putting our bets in now that a PC version of their biggest game ever – let’s not pretend, it so is – is on the way. Plus, at least 50% of the people who work here have been waiting for this game for two decades, so we want to talk about it.

That dealt with, a recent article in Game Informer magazine about the equally maybe-PC Final Fantasy 15 also revealed a bit of info about the upcoming retelling of Cloud’s adventures. The development team are looking to FF13 for how to structure the game, with three full, 30+ hour JRPGs spun out of FF7’s original three discs. They’re also not opposed to the idea of making significant adjustments to the plot.

Our best RPGs list is looking a bit too western – maybe Square can help with that?

The news comes via NeoGAF, who have a summary of the full article, and spun out a separate thread to talk specifically about the FF7:RM comments. Here’s their summary of what is said in the article:

“Looking at the FFXIII saga as a model of release (three full-fledged games). “Each game will be the size of an FFXIII game” is specifically stated. In other words: full scale 30+ hour RPG, and they also say plot wise nothing is off the table in terms of changes. They clarify they aren’t changing everything but Kitase, Nomura, and Nojima feel since they were involved with the original game that they have the liberty to add / change what they want while still making fans happy. They also state they want FFVII Remake to have a much shorter development cycle than FFXV.”

Let’s take this in order. First, making three full games out of what was a relatively short JRPG – compared to what we get these days, especially from the more hardcore developers – is going to involve some serious liberties being taken. I’m all for it, the world of FF7 always having a lot going on beneath the surface and barely hinted at that can now be expanded and explained, but it does mean that some things will need to change. The crater can’t remain a single dungeon if it’s to be the focus of an entire game, footage shows Midgar is clearly far larger this go round, and so on.

That brings us to the second point. FF7 is a massively respected game for its story. Whatever you may think of the specifics of the writing or plot beats, for many people it was one of the first times they got properly invested in a complex hero, characters with deeper motivations than ‘stop the bad guy’ and a villain with a bit more to him than world-destroying evil mastermind (even if he was, er, also that). You can’t just change it and expect no backlash, so it will be interesting to see what they do – beyond a rather clear implication that – spoilers! – Aeris probably won’t stay gone this time.

As for the development time, well, most nations have quicker election cycles than Final Fantasy 15’s now decade-long transformation through FF13 spin-off to its own thing. What they’re really saying is they’d like to have FF7:RM’s first part out next year. More to come, we expect, at E3 and later as we transition from FF15 being The Next Final Fantasy to Remake taking that title. Hopefully they throw us a mouse and keyboard based bone sometime soon too.