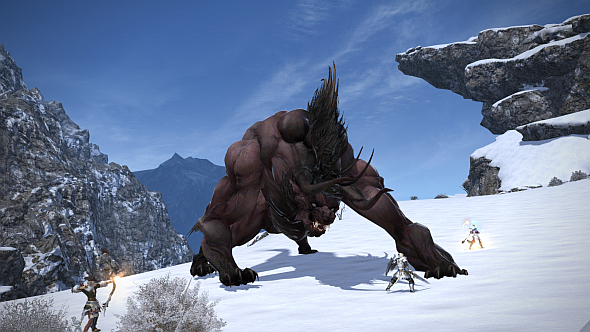 Square Enix has dropped the time restriction from the Final Fantasy XIV free trial, meaning that you can now enjoy the first 35 levels of the MMORPG entirely at your leisure.

If you like your gaming big, you’ll love the best MMOs on PC.

The news comes via an announcement on Lodestone, the game’s blog: “the 14-day limitation on the free trial has been removed and the adventure can continue for as long as you want!”

You can now access all content up to level 35, including Chocobo Racing at the Gold Saucer. In a classy move, even expired accounts are restored, so if your trial was curtailed by the time limit before, you’ll now be able to continue to the level cap.

The removal of the time limit coincides with the latest patch, version 3.56, which concludes the main scenario of Heavensward, the game’s current expansion. The patch adds new quests and tweaks a couple of existing battles, but all of that will be way beyond trial players. For veterans, here are the patch notes.

As Heavensward concludes, the world of Eorzea is gearing up for Stormblood, Final Fantasy XIV’s latest major expansion. That’s due in June, and you can watch the trailer above.