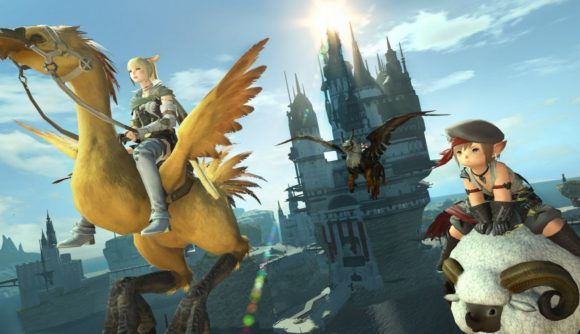 Another batch of Final Fantasy 14 players have been banned for using real world money in exchange for goods and services in the MMORPG game, and a smaller group was similarly punished for trying to.

In a news post, it’s revealed that just over 5,000 players have had their accounts in the open-world game terminated, accounting for the period between February 25 and March 3 of this year. This was due to violating the rules surrounding “real money trading and other illicit activities” that undermine the in-game economy, and throw the balance out of whack.

A further 814 were terminated for trying to take part in the above, advertising or otherwise attempting to create a deal that involved real currency, rather than the gil that’s used through-out the Final Fantasy series. Ban waves like this for offenders is unfortunately regular, back in 2019 over 9,500 accounts were removed for real money transactions. In that instance a number of players were kicked for using bots, too. While the RMT offences continue, Square Enix appears to have curbed botting, at the very least.

The post contains information on how to report someone who’s trying to trade real money for something. You use the command line System Menu > Support Desk > Contact Us > Report Cheating. and players are encouraged to report then ignore anything they spot.

The next final Fantasy 14 expansion, Endwalker, was revealed recently. It arrives sometime in autumn, and we spoke to director Naoki Yoshida about why ending A Realm Reborn’s ten-year story is a necessary move.