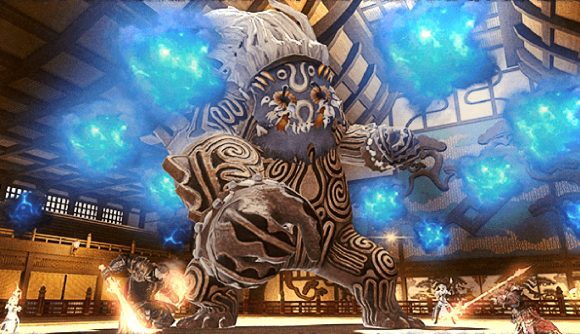 At the present moment, there are only two Final Fantasy XIV Deep Dungeons in the entire game – giant, multi-layered roguelite experiences that can be a real challenge to get through. According to director Naoki Yoshida, though, a new Deep Dungeon is being added in an update before the game’s next big expansion.

A lot of Final Fantasy XIV players have been asking for more Deep Dungeon challenges for a long time now. There are only two in the MMO right now – Heaven-on-High and Palace of the Dead – and the most recent was added in patch 4.35 as part of the Stormblood expansion run back in 2018.

Now, four years later, it finally seems like Square Enix is ready to start giving players more Deep Dungeon roguelite challenges – and by the sounds of it, there could be more than one. In an interview as part of the Korean Final Fantasy Festival, Naoki Yoshida was asked about the addition of more Deep Dungeons – and he confirmed that more were coming.

As spotted by Aitai Kimochi on Twitter, in a Q&A Yoshida says that Square Enix has heard the fan requests for more roguelite dungeons in the style of Palace of the Dead. The team will be adding a new series of Deep Dungeons as part of one of the upcoming 6.X patches – patch 6.1 is due around March/April, so we may even get one this year.

Yoshi-P said during the Korean FFXIV FanFes that they heard many people around the world wanted more deep dungeons, and he said they will bring back a new deep dungeon series starting in the 6.X patches. #FFXIV pic.twitter.com/WKyHuWFrqS

The next Letter to the Producer with Yoshida is due on February 18, where he is supposed to be talking about the future of Final Fantasy XIV – so fans could hear more about these new Deep Dungeons as soon as next week.

In other Final Fantasy news, we’re getting the Final Fantasy 6 Pixel Remaster this month, though it appears that the infamous train suplex has been flubbed – much to the disappointment of fans.