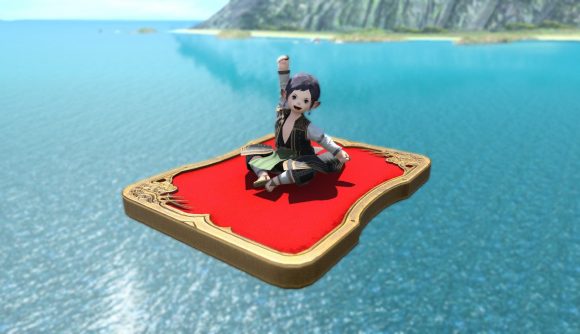 If you’re a Final Fantasy XIV fan, you’ll no doubt be aware the MMORPG is experiencing a pretty hefty surge of popularity at the moment, which has led to hiccups like server congestion. Square Enix has been busy rolling out solutions to help tackle the issue, such as an automatic logout for idle players and it’s also outlined plans for server upgrades and more data centres. Now, the MMO’s director has announced SE is testing out increased login caps on EU servers, too.

“We have determined that by rotating some of the high-spec machines that comprise the European data centres into a new configuration and optimising our equipment accordingly, we will be able to increase the cap on simultaneous logins by roughly 500 characters per World server (for an increase of 6,000 across all EU data centres) for the time being,” director Naoki Yoshida says. To roll this out, he explains, the studio’s going to be taking EU data centres offline for emergency maintenance for about four hours today (July 22).

Following this, the studio’s going to be monitoring how things fare very closely to consider whether it can continue to increase this cap even further while still maintaining the stability of servers.

What’s lovely to see noted in the post is that the studio has seen a load of examples of players trying to help ease server congestion themselves through their actions. For example, fans saying they’ll refrain from dancing in Limsa for a bit or avoid hopping in while they eat.

We would like to share another brief message from Producer & Director Naoki Yoshida, including information on increased login caps for European data centers and related emergency maintenance.

Reflecting on his experience of and appreciation for MMOs, the dev says that he “know[s] how watching other players bustle past during mealtimes physically and mentally prepares you for challenging dungeons later, and how a spontaneous dance performance can brighten everyone’s day”. So, while he explains that he “deeply appreciate[s]” players being so considerate, the more light-hearted or casual activities such as these are still an important part of the game, and so people don’t need to “show so much restraint that you stop having fun!” Awh.

Yoshida also notes that the studio’s aware the new automatic idle logout feature is causing some hiccups around fishing – “catching the elusive ‘big fish’, specifically – and asks for patience as the team works out how to address this.