Over the last couple of Final Fantasy 14 Letter From The Producer livestreams, developer Square Enix has revealed a whole bunch of details about what’s in store for the MMORPG’s incoming 5.4 patch. Aside from confirming the Final Fantasy 14 patch 5.4 release date is set for December 8, the studio’s also announced the online RPG game’s in for a bunch of dungeons, scenario quests, content updates, a new game mode, and more when launch time rolls around.

The new main scenario quests headed to FF14 for patch 5.4, ‘Futures Rewritten’, will send you off on an all-new adventure, the studio’s explained, given patch 5.3’s epic Shadowbringers finale has now concluded. We’ve got our first good peek at what this will bring with a new trailer, which we’ve included for you to check out below. The preliminary patch notes have now been published, which you can read here. Further details on job changes will be made available nearer to launch.

Additionally, Square Enix says there’s a new raid dungeon called Eden’s Promise on the way – the “third chapter in the eight-player Eden raid series brings new challenging battles available as both normal and savage difficulties”. It seems this will conclude the Eden storyline, and that all the questions previously left open-ended about Gaia and Ryne will be answered in it (according to a fan community translation in the Final Fantasy 14 Discord). Another new dungeon, Matoya’s Relict, lets you tackle its challenge alongside a gaggle of pals or non-players using the game’s Trust systems.

In addition, The Sorrow of Werlyt’s next chapter will arrive, with “Emerald Weapon” in-tow – speaking of which, a new trial tying into the weapon will drop with the patch, featuring both normal and extreme difficulty levels. Update 5.4 additionally brings a a shiny new Unreal trial which is a “powered-up version of an existing primal […] unleashed upon level 80”, and has some unique prizes up for grabs. 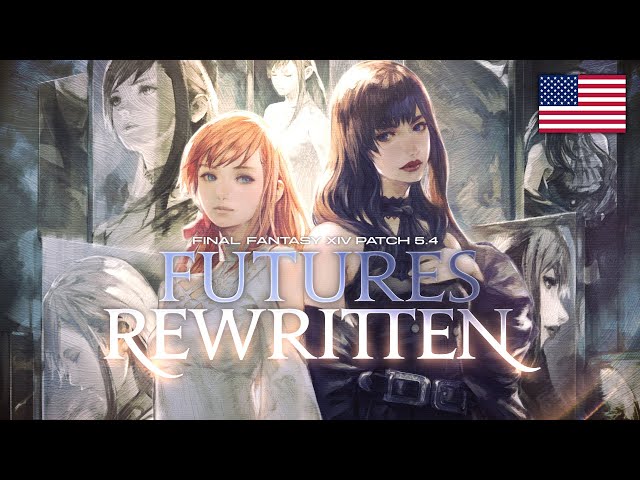 As if that wasn’t enough, FF14 patch 5.4 also adds a Blue Mage update, such as an increased level cap, blue magic you can learn from foes,  job-specific equipment, and more. A brand-new “Explorer” mode lets you hare around the online multiplayer game’s Shadowbringers dungeons without care in the world – that is, sans baddies – all for the purpose of taking some great screenshots. With minions and mounts, too, if desired. Lovely.

The new Explorer mode is A M A Z I N G for taking screenshots in dungeons! 📸✨

Which #FFXIV Shadowbringers dungeon will you be staging a photoshoot in first? 🤳

Various other goodies include performance action, Triple Triad, Ishgard Restoration (with another new ranking, it seems), ‘Save the Queen’, ocean fishing, treasure hunt dungeon, PvP, and PvE updates, new UI skins, and more. Phew!  You can catch the latest Letter From The Producer stream on Twitch here if you want to find out more (it’s in Japanese, but there are slides shown that include English language translations).

Get ready for December 8 – this all arrives in the final month of 2020. Patch maintenance time will be 24 hours, according to producer Naoki Yoshida in the latest livestream (via a fan translation), and the studio will notify players when the update’s about to drop.