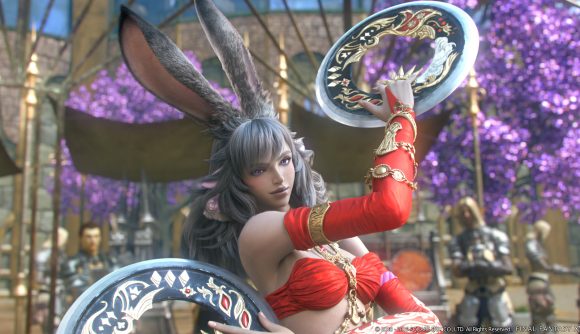 We’re about to know a whole lot more about what’s coming to Final Fantasy XIV in the near future, as we’re knocking on the door of the FFXIV announcement showcase. This event promises to be a big one, coming in place of the usual February fan fest. A look at patch 5.5 has been confirmed, and it’s extremely likely that this event will serve as the announcement for the 6.0 expansion, as well.

The Final Fantasy XIV announcement showcase takes place on Friday, February 5 at 5:30pm PST / 8:30pm EST, and Saturday, February 6 at 1:30am GMT. Square Enix has not yet confirmed where the stream will be broadcast, but it’s a safe bet that you’ll be able to catch it on the official FFXIV YouTube and Twitch channels.

Pretty much every FFXIV fan is expecting this to be the announcement for the 6.0 expansion. That’s likely to include a teaser trailer, a new job announcement, and a few details on the expansion’s setting and content. Director Naoki Yoshida tells Gamer Escape that there’ll be a “significant amount of information” on whatever is announced here, though more details will come at the digital fan festival in May.

“The announcement showcase is meant to be a platform for a large announcement,” Yoshida says, “so feel free to have high expectations.”

The devs have officially confirmed that the next Letter from the Producer will follow at 10:00pm PST / 1:00am EST / 6:00am GMT, which will include a “first preview” of patch 5.5.

The #FFXIV Announcement Showcase is nearly here! Get your predictions in!

Curious about streaming it? Co-streaming the showcase is allowed and encouraged so enjoy it live with your community! pic.twitter.com/ofBkqmzYiL

FFXIV only has to live up to its status as one of the most beloved MMORPGs out there – our fingers crossed that it lives up to and surpasses all those expectations.