One of the biggest reveals from the announcement of Final Fantasy XIV’s upcoming expansion Shadowbringers was that the Viera – Ivalice’s reclusive rabbit folk – would be the newest playable race hitting the MMO.

Fans – or should that be frans? – were eager to see the playable race in action, and during Square Enix’s Paris Fan Fest earlier this year, we finally got to see the bunny-eared people in-game, looking equally enchanting and fran servicey, with their starting gear being based on Fran’s ornate and delicate outfit from XII. Fans were quick to notice, however, that only female models for the Viera were shown, leading many to question if male Viera would be a playable option.

During a Q&A conference with press, game director Naoki Yoshida was asked about the absence of male Viera and the possibility of the race being gender locked to women only. Yoshida refused to commit to an answer, instead remarking that more would be revealed at the Japan Fan Fest, which took place last week. Stirring the pot further, Yoshida also remarked that the Viera would likely be the final race to be added to Final Fantasy XIV, leading many to believe that a reveal of the male Viera options would be coming.

Oh boy, did Square Enix have a surprise for fans at the Japan Fan Fest. Rather than the expected unveiling of the male Viera, Yoshida announced an entirely new playable race coming to the game, Hrothgar. Based on the Ronso tribe featured in Final Fantasy X, the Hrothgar are a race of big, beasty cats that make the Miqo’te look like domesticated tabbies in comparison. It was then revealed that both the Viera and the Hrothgar would be gender locked, with Viera being female only, and Hrothgar only available as male. What’s better than one gender locked race? Two gender locked races, apparently!

why are the developers now holding on so fiercely to lore that can't be upheld?

While male Viera certainly exist within Final Fantasy canon, they’re described as being incredibly solitary and aggressive people who don’t show themselves to others, and have yet to make an official appearance in the games. The lore and mystery surrounding male Viera is the reason cited by Yoshida for not including them in Final Fantasy XIV, with the Hrothgar being conceptualised in order to provide a male-only experience for players.

Gender locking both races for the reasons above feels draconian, especially given Final Fantasy XIV’s rule-breaking nature – it frequently defies its own lore just so it makes sense as an MMO. The most obvious illustration of this is how every single player character is given the title of Warrior of Light, even though, in Final Fantasy XIV lore, there’s technically only one of them. A more relevant example of this lore breaking is the Miqo’te, a race described as being isolated in nature and low in population, but in-game are one of the most popular playable races. It’s difficult to go five minutes without being surrounded by armoured catgirls. Not that I’m complaining. 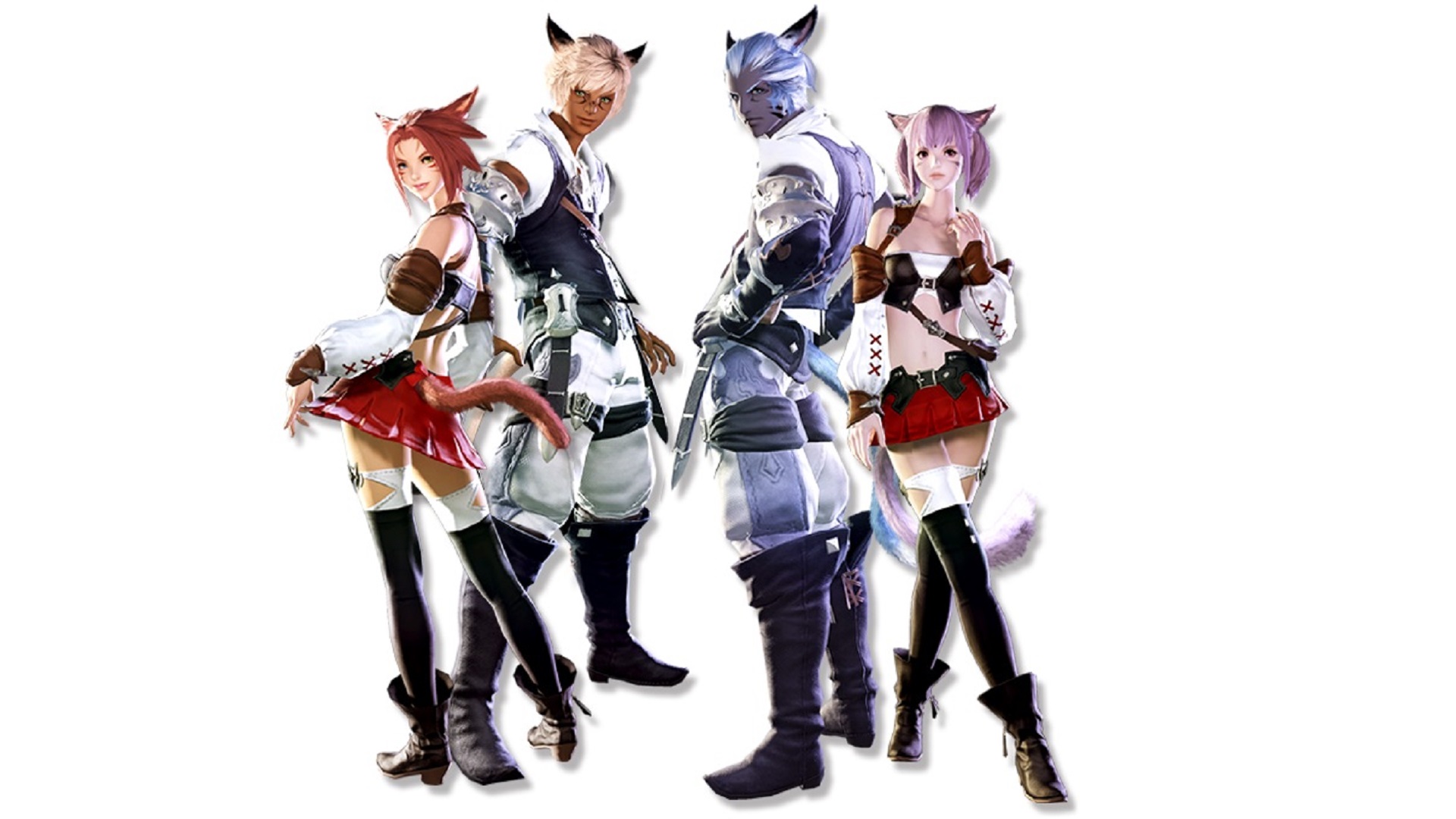 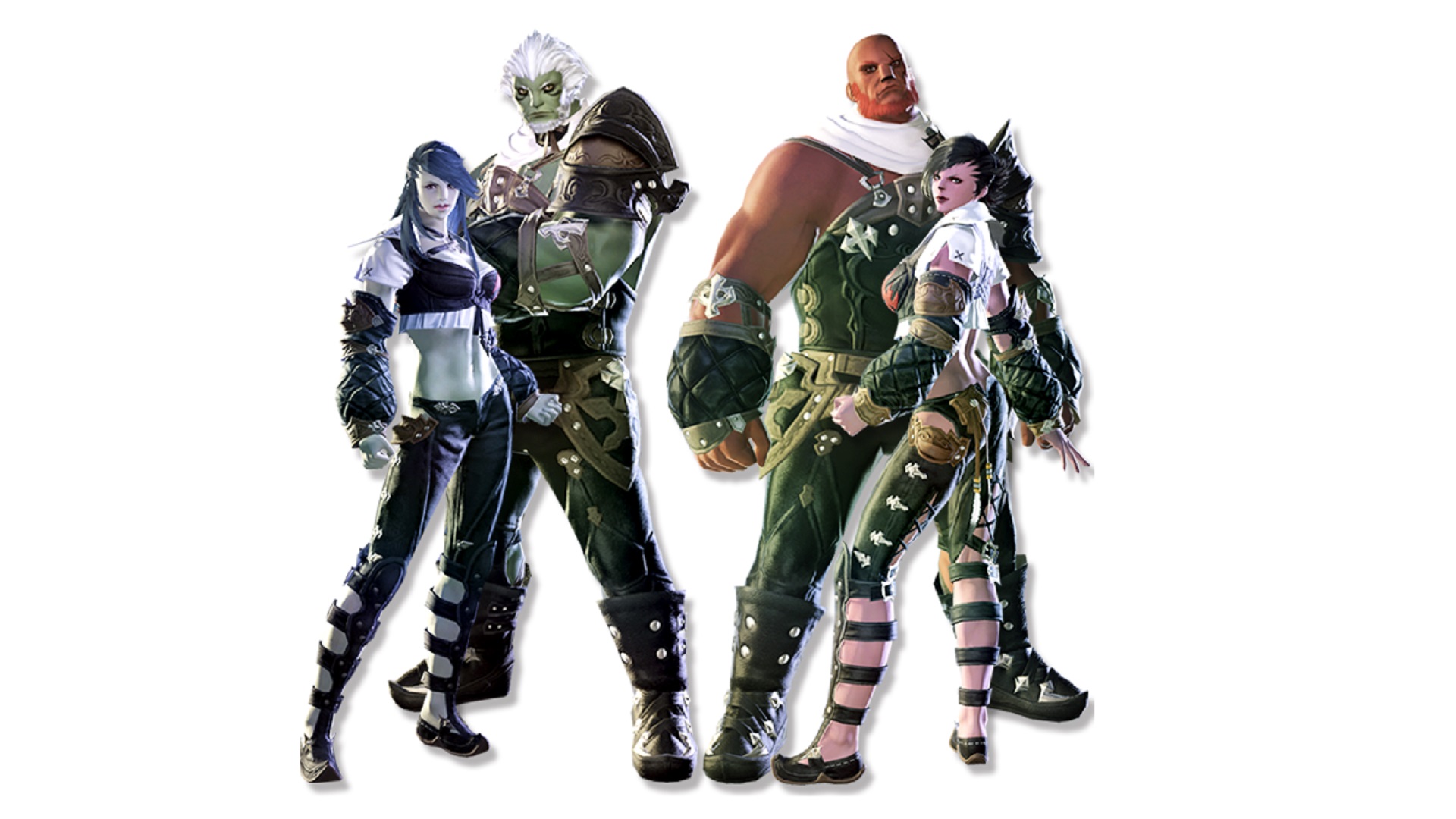 If a game that so frequently has its rules bent by design, why are the developers now suddenly holding themselves so fiercely to lore that cannot be upheld? To add to the frustration, the Viera were considered as a playable race long before Shadowbringers – initially due to be introduced in Heavensward – but were pipped by the dragon-like Au Ra. Fans were rightfully cautious that the race would be gender locked to female only, however, concept art of the initial Viera designs popped online, including early designs for male Viera. The male concept art mirrors the female designs, with the traditional armour being reworked for a more masculine build, albeit slightly more modest than the female design. As always…

When Shadowbringers comes out in July it'll bring a lot more than new races to Final Fantasy XIV. A new gunbreaker class, a dancer class, as well as a raid based on Nier: Automata are all due to be added to MMORPG. Oh, and let's not forget about the New Game+ mode.

Similarly, the Ronso, the inspiration for the new Hrothgar race, are represented by both male and female characters in Final Fantasy X, but female Hrothgar are notably absent in Final Fantasy XIV. Gender locking the Hrothgar feels like a conscious choice to avoid creating a female design that leans more towards monstrous, rather than the often cutesy and petite options featured in other races’ female aesthetics.

This also isn’t the first time Final Fantasy XIV team has found itself in hot water over gender locking races. Prior to the game’s relaunch as Realm Reborn, two of the available races – the feline Miqo’te and the giant Roegadyn – were gender locked to female and male respectively. The reversal of this and the implementation of male Miqo’te and female Roegadyn felt like a positive step towards giving players more character customisation, and creating a more diverse set of body options and representation. 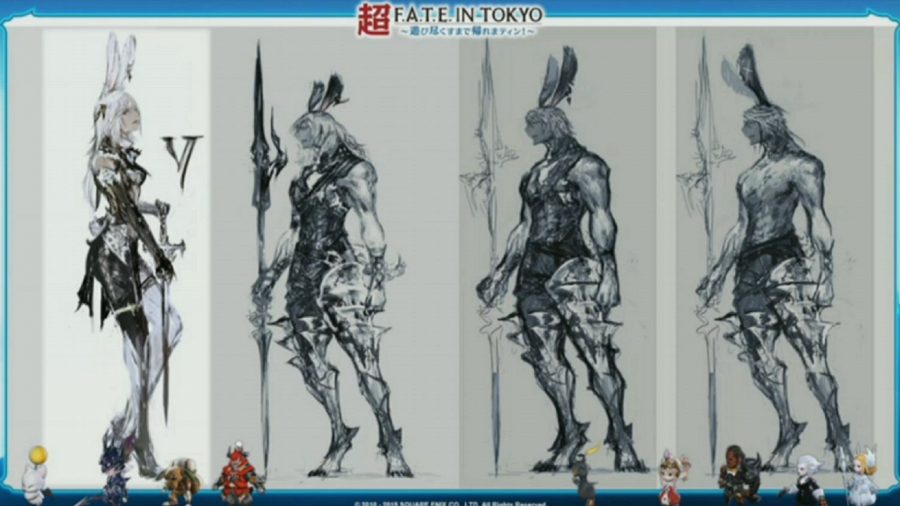 The gender locking of the Viera and Hrothgar is part of a larger problem with the sexual dimorphism between the genders across Final Fantasy XIV’s races. It’s especially prevalent in the Au Ra; a demonic looking race with distinct horns and scales. The male bodies look bestial, with long limbs and exaggerated horns, whereas the women look considerably more waifish, with petite figures and large doe-like eyes. The giant-like Roegadyn suffer similarly, with the men presenting a hyper-masculine ideal through broad and powerful builds, while the women present a noticeably more dainty build which, while more muscular than many other female races, is a very traditional feminine figure.

The underlying issue here is that Final Fantasy XIV’s creators seemingly refuse to present femininity with more monstrous design aesthetics. Races like the Viera and the Miqo’te mainly exist for sex appeal, and elsewhere the game falls back onto tired stereotypes: women are always sleek and physically attractive, while men are heavily muscular and animialistic, both physically and mentally.

Final Fantasy XIV is an MMO prided on giving players an enormous variety of ways to express themselves and their character – through appearance, race, and class. Its glamour system has spawned a highly creative community that use fashion to create unique and intricate character designs, so it’s frustrating to see a game that encourages such artistic expression then limit those same players through gender locking. 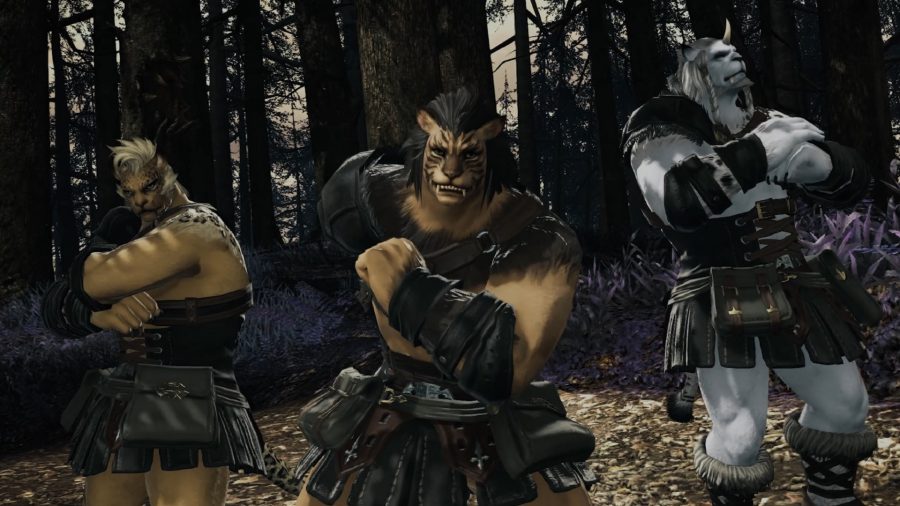 This issue isn’t exclusive to Final Fantasy XIV. World of Warcraft has received criticism for years for its sexual dimorphism. While the game’s overall aesthetic focuses on exaggerated features and proportions, for men this tends to lean towards extreme height and muscular bodies, while the female equivalent is slimmer, hour-glass builds, with noticeable breasts and hips. As with Final Fantasy XIV, there are considerably less monstrous features, like elongated horns and ear tips, for the women of World of Warcraft.

Fancy a new world? Venture into the best MMORPGs on PC

Hope is not lost though. In an interview with GameSpot, Yoshida has acknowledged that, while the team hasn’t had enough time to consider the fan reaction towards the two new races, the team is open to feedback on the gender locking of Viera and Hrothgar. For now, fans of bunny boys and giant lion women will have to be content living through the slew of fan art popping up across social media.