For many of us, the first few months of lockdown are a distant haze of Zoom calls, forced quizzing, and desperate attempts to create a functional working space in a tiny flat. Time ticked away slowly, and it wasn’t long before people started to crave real social interaction.

Multiplayer games have helped to fill that void, providing social spaces where players can escape the monotony of their daily routines. Some players have gone a few steps further, creating their own virtual nightclubs in Final Fantasy XIV.

Endless Nights, a group that hosts huge events and parties in the world of Eorzea, has paved the way for players to keep clubbing and partying through a time of confusion, frustration, and isolation. The Tavern is its main event, a casual bar setting with in-house bards providing the beats and role-playing staff ensuring an authentic nightlife experience. Endless Nights’ other core event, The Afterparty, is designated as a strictly adult venue, intended “to provide patrons with the darker and more passionate side of nightlife”.

We speak with Sami and Nadi Saevus (their in-game names), the creators and hosts of The Tavern and Endless Nights Events, to talk about all things clubbing in Eorzea, how they started the community, and the group’s plans for 2021 and beyond. 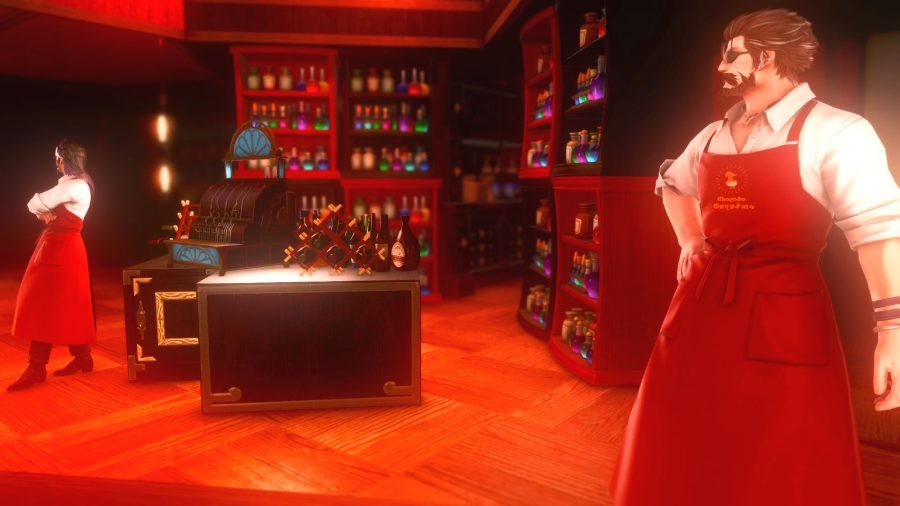 PCGamesN: When did you start Endless Nights and how did the idea come about?

Sami Saevus: Initially, the Tavern was an initiative to try and gather our Free Company members into the group’s dedicated in-game mansion, rather than hanging out everywhere and nowhere all day long. There were only 20 members in our group at the time, so it’s fair to say that we didn’t initially intend for Endless Nights to blow up this big.

It was clear when we were organising the first event that we could make something special, so we decided to make the Tavern more of an event than just a gathering spot. We took some inspiration from a handful of other community projects that came before us and started advertising the Endless Nights Tavern as an event venue.

That was eight months ago now – it’s been an absolute rollercoaster.

What is the inspiration behind Endless Nights?

Our server had made a few attempts to create venues similar to the Tavern before, but nothing substantial or ambitious. To my knowledge, none of those efforts are still running. We like to think big, and that’s reflected in not only the size of our events but also the venue designs as well. We took the basic concept of a live music and roleplay venue and ran with it.

The queue exceeded 200 people, some waited over three hours to get in

Our Discord community started as a base of operations for promoting our events, but it didn’t stay that way for long. We didn’t realise that there was so much a demand for music and roleplay venues. When we opened the Tavern, we were planning on having maybe 40 people at most, but we hit and stayed at the housing cap of 110 players for the duration of our first event. It was definitely a bigger response than we expected. Shortly after that event other groups started reaching out to us about promoting their own venues, and that eventually led us to evolve from Endless Nights: Lounge & Tavern to Endless Nights Events. 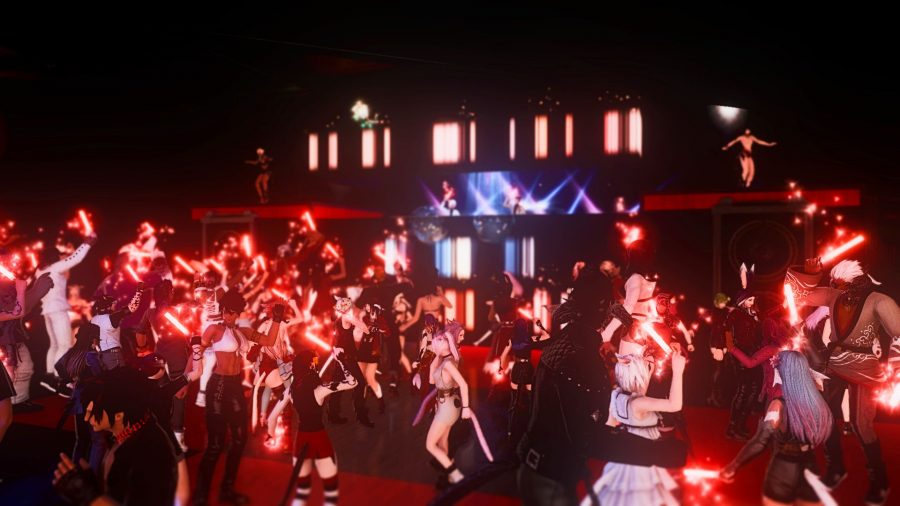 What was the community reaction like when Endless Nights started growing?

Absolutely amazing! We have one of the best communities around. They’ve been nothing but positive and supportive of every venue Endless Nights has run. We’ve lost track of how many people have come to us and thanked us, whether it’s because they’ve found friends at events, or are just grateful to have somewhere to hang out. The response has been unreal.

How important do you think online socialising is, especially now?

We both think that the social aspect of MMOs is a big part of their allure. Maybe not for everyone, but it’s really important for the majority of Final Fantasy XIV players. With the current state of the world, socialising online has become more important than ever before. It has allowed people to experience something close to what they would experience in real life, but in a safe space, away from the current pandemic.

Do you think Endless Nights has helped people cope during COVID-19 and lockdown?

Absolutely, we’ve heard so from many of the patrons at our events. A lot of people have shared with us that the lack of social events and celebrations has taken a heavy toll on them over the last year of lockdown. It still amazes us to hear that our events are able to at least partially fill that void for people. 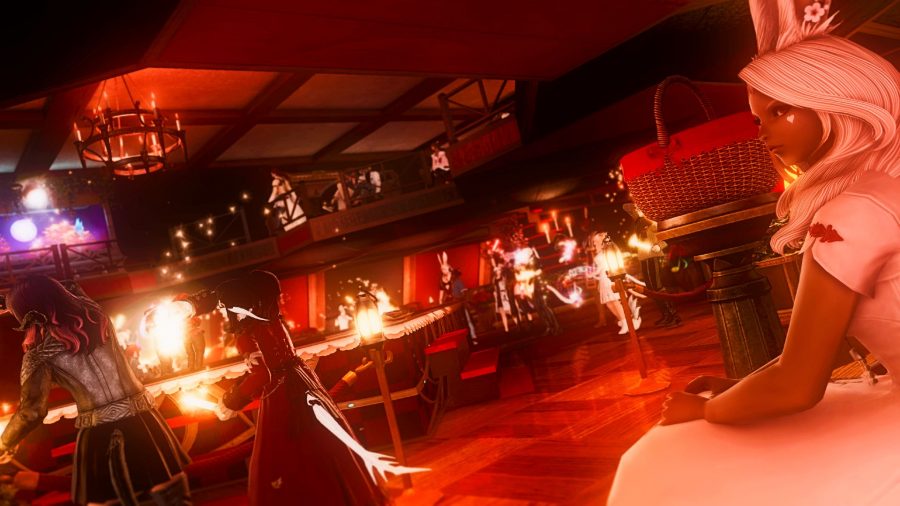 So what goes into organising events?

A lot, especially with our ambitious mindset. We try to deliver the best experience we can with every event and we always try to evolve and improve. Every event is planned at least six days in advance and involves picking a theme, planning activities, designing promotional materials – you name it. It’s a bit exhausting at times, but it always feels worthwhile once it’s done.

Can you tell us a little about the performance aspect of your events?

The music for Endless Nights is different depending on the venue. For the Tavern, the idea is to give bards a stage and an audience, and to bring music to the people. We felt like it could be done better than pop-up performances in the city streets across Eorzea, so we decided to create an event just for bards. As a result, we’ve got a dedicated roster of in-house bards, as well as a multitude of external acts to complement each event.

There’s also a DJ aspect, which comes from Nadi and I wanting to show people our own music taste and having one big party around it. It also seemed like a great opportunity to bring variety to the music events and expand beyond in-game bard music.

We’ve both thought about becoming producers or DJs ourselves, so this has been massively fun for us as well – a bit of a dream come true.

Has there been a particular highlight so far?

Honestly, the first thing that comes to mind is the recent expansion of the Afterparty event to a large plot. We crowdfunded the in-game money for it from our community and the feedback to that has been completely overwhelming. The grand opening event attracted so many people that the queue exceeded 200 people, some were waiting more than three hours just to get in.

We never thought we would end up in a position where we could get people together to source a large plot for us, and it only took a couple of hours. It really goes to show just how awesome our community is, and how much they support the things we do, so of course that’s been a highlight. 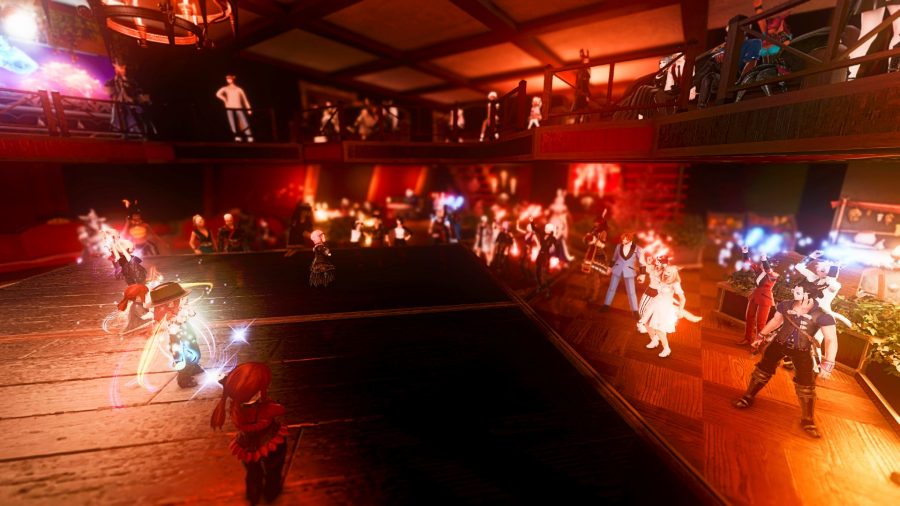 What does the future look like for Endless Nights, do you have any goals or big plans for 2021?

It’s hard to say what exactly the future holds for Endless Nights Events. Just eight months ago our plan was to set up a little venue for our Free Company, and now we’re a worldwide event platform. Our main focus is to continue to reach as many people as we can and bring people together during what’s been a very difficult time for us all.

We do have quite a few things in store in the near future. We’re looking at the possibility of adding a third venue, as well as increasing the quality of the experience at both of our existing venues. We’re constantly looking for ways to improve, and to provide a bigger, better experience for our patrons.

If you want to join the party then you can find Endless Nights here.
Don’t forget Final Fantasy XIV is a free MMO up to level 60, which includes the award-winning Heavensward expansion.