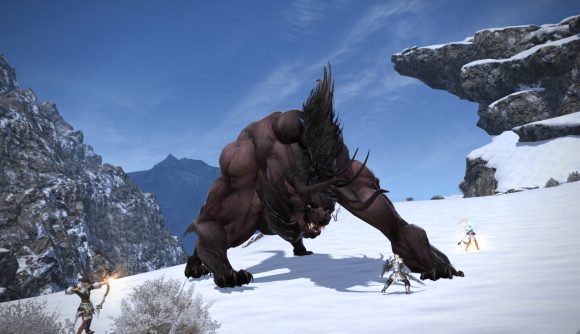 The Final Fantasy XIV devs want to do more to combat stalking and harassment, and it seems one of the steps in that process has begun today. The developers have greatly expanded the wording of the rules around harassment, and made clear that stalking can result in an “in-game restraining order” against offending players. Violations may also be penalised if they’re discovered through public in-game communications or a stream.

The devs have also provided more detail on how penalties are applied. Different levels of penalty points are applied based on the severity of a given infraction, and those points slowly decay over time. A low-level violation will leave penalty points on an account for a year, while more severe reports will leave points on an account for up to six years. The system has always worked this way – the devs have just made those details public.

In most cases, the devs will look at context when it comes to determining whether any given interaction violates the rules – a group of friends making off-colour jokes in party chat is unlikely to draw a penalty, for example.

But even with that in mind, the devs ask that you “please be kind and respectful and keep in mind how others may feel about what you say. If you think your comment may make another person feel even a little uncomfortable, it would be best to refrain from saying it. Additionally, something that may be intended as a ‘joke’ between friends could in fact make the other person feel uncomfortable but they may not say so to be considerate. This rings true even for longtime friends where respect may be more important in the relationship.”

I wasn’t expecting good friendship advice in the middle of an FFXIV rules revision, but here we are. For now, the Endwalker release date is coming in less than a month.